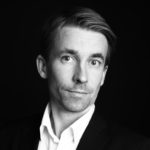 So what does 2018 have in store for telcos? Here Lars Månsson, Vice President Global Pre-Sales and Solutions at DigitalRoute, predicts that the ‘not ifs but whens’ for the year ahead.

Predicting what’ll happen in telco in 2018 isn’t a question of anticipating the next quantum shift in the telco industry. Evolutions like 5G, IoT, Cloud, Digitization and content-driven business models are already established as the coming wave. The question about them isn’t ‘if’, but ‘when’. In many senses, the answer is not next year. The fact is, in 2018 you’ll find the devil will be in the details. The real story will be in the foundations for industry progress which, in 2018, will be laid in a serious way.

For instance – and for Prediction 1 –  telco infrastructure is getting, and will continue to get, more and more complicated.  The existing supporting system landscape (OSS and BSS) for many CSPs is a mess in so far it’s ill equipped to support the would-be DSP as things now stand. That’s why next year should (or even will) be the year for telcos to decide on – and start building towards – a new operational infrastructure that is, long-term, fit for purpose. Using old approaches and siloed applications to address new operational requirements won’t work. Rather, a new lean and agile environment will be required (further down, we’ll predict what it might look like).

In the same vein, 2018 will be the year telcos recognise that 5G, IoT, Cloud et al are about how, not what. Today, the issue isn’t about the big picture but rather about what infrastructure content it will rise on. A digital business requires an entirely new digital business strategy, particularly for IoT.

Prediction Number 2 is that telcos will start to address the question, “What is my business going to be?” recognising that generations of technological progress mean there’s really no such thing as a ‘traditional telco’ anymore. Telcos don’t have a common goal. Across tiers and geographies, each has different aims and different business models for both now and, particularly, the future. But whatever these are (from pipe provider to content supplier), they need to be defined before they’re pursued; denude and expose business processes, then re-invent how you execute them. The outcome will have to be pursued according to the decision made rather than in some universal, best practice, one-size-fits all way.

Telcos cannot, for instance, be both Systems Integrators and transport companies (though they may have a choice of being either).  Digitisation puts many options in play; juggling more than one isn’t the route to success. Some telcos will climb verticals. Some will stay to true to their roots and provide smart connectivity. As these choices are made, a new competitive landscape, far more diverse than before, will emerge.

Prediction Number 3 is that it’s time telos accepted that, in their transition to DSP, they will have a hybrid new environment for a long time. The exciting headline (the emergence of the new DSP) has disappeared over the horizon…2018 will see the jigsaw puzzle pieces, of what being a DSP actually means, emerge. Among other things, this will be seen as new software initiatives but for now operating in the old network infrastructure.  Thus, disparate applications will have to coexist and a communications system will almost always be a chain of parts comprising hard and soft elements. Expect the next twelve months to be time spent evolving how these sorts of details will work.

Prediction Number 4: Mediation in the new infrastructure will be much more integral than many are used to. Why? Data aggregation has come to mean ‘everything from everywhere to anywhere’, not ‘billing mediation’. A 360 degree view of the service experience means you HAVE to aggregate data in mediation; data from the old world and the new world, related to both performance and usage. Expect to see systems that do this begin to prevail in 2018.

This will lead to another change, the start of which we’ll see next year: Operators need to – and will thus begin to – start structuring their businesses differently, to think ‘horizontally’ and not just architecturally. Today, each part of an organisation typically owns and operates within a silo. Few parts take a horizontal approach to infrastructure building but instead own pieces of it. Telco must organise themselves according to the new world of support systems, not the old one which means things will, because they have to, start to change.

Which brings us to a last Prediction: You might want to believe that increased profits are just around the corner as a result of the network and services revolution but they aren’t. Particularly when SDNs take root new business models will follow. But questions such as “how can new partnerships within ecosystems be monetized?” still remain. For instance, what will be the new charging models? It will take time for the answers to emerge…we won’t wake up one day next year with all of them in place. For instance, LTE broadcasting is being heavily invested in – but telcos need to be able to make money out of it – for the end subscriber but also for the partnerships involved. Telcos need to decide how they will make it all work.

In the end, in 2018 telcos will likely decide that the best way to meet complexity is with simplicity. Networks are becoming more complex but the answer to managing things is not to throw more people at the complexities. Automation is needed. And that needs to be driven from all the places you have network data that can be collected. Expect investment there. At the same time, and causally related, expect network quality issues to increase.

In the context of automation it is essential to pinpoint quality issues. Since networks are becoming more and more complex, multi-layered mediation is likely to play a key role in automation.

In 2018 telcos will need to learn new tricks but we don’t know what all the required tricks are yet. For instance, telcos need to know how to support Big Data initiatives and in 2018 they’ll start figuring this out. For one thing, it means they’ll need to recruit data scientists. But this is a bigger challenge than it sounds, not least because they have to realise that data scientists can only be effective if they can get hold of the correct data in the correct way.

2018 is likely to be a year of considerable progress in building a new foundation for the telco industry. But the excitement will in many ways be below ground level, out of view. We’re entering an important year. And an exciting one, but not in the way many seem to think.