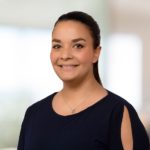 Issues of 5G giving the world coronavirus may have been debunked, but that doesn’t mean that the new high-speed networking tech is free from legal issues. Sylvie Gallage-Alwis explains

5G is out there and although it has revived the debate around electromagnetic fields and their impact on health and safety, most agree that there is no sufficient scientific evidence to conclude that a negative impact exists, on the contrary.

Despite this, the development of 5G is already subject to litigation and to serious litigation threat, like in France for instance.  This raises the question as to whether 5G will become the new legal saga relating to a new technology and whether such a saga could result in some countries not developing it at the same speed as others.

“We, the undersigned scientists, recommend a moratorium on the roll-out of the fifth generation, 5G, for telecommunication until potential hazards for human health and the environment have been fully investigated by scientists independent from industry. 5G will substantially increase exposure to radiofrequency electromagnetic fields (RF-EMF) on top of the 2G, 3G, 4G, WiFi etc. for telecommunications already in place. RF-EMF has been proven to be harmful for humans and the environment.”  This is the call that 180 scientists and doctors from 36 countries sent to the European Union to reconsider the way 5G should be developed.

In parallel, other reports are being published, ruling that concerns around 5G are disproportionate.  For instance, in the September 2020 report entitled “5G roll-out in France and abroad: technical and health aspects” published at the request of the Ministries for the Ecological Transition, Solidarity and Health, the Economy, Finance and the Recovery, it is indicated that “in view of the large number of studies published since the 1950s, in France and worldwide, on the health effects of radiofrequencies, there are, according to the consensus of national and international health agencies, no proven short-term adverse effects, …, neither for the general public nor for workers.  The possible long-term effects, whether carcinogenic or not, which are difficult to demonstrate, are at this stage, for the most part, not proven ….  no causal link has been demonstrated between electromagnetic waves and the electromagnetic hypersensitivity of individuals.  The health and control authorities also concur in concluding that there are no specific health effects of 5G below exposure limits”.

The mere existence of this battle of views, reports and conclusions has opened the door to litigation as will be demonstrated below with the example of France and that all Governments and operators involved in this field should take into account.

The purpose of the first legal actions launched in France was to postpone or obtain the cancellation of the auctions, which eventually took place on 29 September 2020, during which telephone operators were able to make bids to purchase the first frequencies.  Trade unions were the first to take action – some even reached the Council of State – condemning the risks for employment on the ground that the available laws do not impose on the chosen operators a prohibition from subcontracting or outsourcing.

NGOs have also taken actions requesting the suspension of the decrees and orders initiating the frequency attribution procedures, such as Priartem, Agir pour l’environnement and Robin des toits.

The telephone operators themselves were also targeted by direct actions, in particular by the association Collectif des 500. The purpose of the action was to subject them to expert operations to check whether or not they have taken precautions in terms of health, the environment and cybersecurity.

Future actions are those that ought to be monitored regarding their scope and potential consequences.  There are many initiatives aiming at convincing the population to form groups to act together to claim damages as compensation for losses that some consider result from the roll-out of 5G.  For instance, the lawyers who are acting via the collective action My Smart Cabplatform indicate that the actions could aim at answering questions relating to the impacts of 5G on health, privacy, the right to self-determination, the environment and the possibility to “live in the real world, not an Internet of things” and that these actions could be brought through investigations, administrative and civil proceedings, and even before the European Court of Human Rights.

There remains the perpetual question of the causal link between the alleged damage and the technology at stake.  As reminded above, there is no scientific consensus establishing risks for health and the environment – quite the opposite actually – and the long-term effects cannot be determined yet.  This type of situation is far from new – e.g. nanomaterials – and this is what has triggered the authorities to apply the precautionary principle or the principle of digital sobriety to answer the concerns of the general public.  However, this is not the case regarding 5G.  This time, the reluctance of some people has prompted the French Government to adopt a very strong position regarding the roll-out.

It is, however, important to remain cautious given that the absence of scientific certainty has unfortunately not prevented some Courts from handing down sentences and awarding damages.  In product liability matters, case law tends to establish a causal link if there are consistent elements or unexplained coincidences between the use of a product and damage.

More worrying case law relates to anxiety that has arisen in the scope of employer/employee relationships.  Over the past years, its recognition has expanded to other fields and legal relationships.  It is conceivable that actions on the grounds of the anxiety of seeing one’s health or the environment impacted by the roll-out of 5G will appear in the future.

Yet, the World Health Organisation recognises the existence of electrosensitivity, indicating that “reported symptoms include headaches, anxiety, suicide and depression, nausea, fatigue and loss of libido”, nevertheless adding that “to date, scientific evidence does not support a link between these symptoms and exposure to electromagnetic fields.  At least some of these health problems may be caused by noise or other factors in the environment, or by anxiety related to the presence of new technologies”.  In some cases, this type of statement was not even necessary for the Courts to decide to award compensation…

It would in fact not be very wise to imagine that only the State and telecommunications operators risk being the target of such actions brought on various grounds.  All businesses that will use this technology may be targeted, even indirectly, in particular by their employees and customers, including manufacturers of products using/relaying this technology (manufacturers of connected objects).  Actions under consumer, environmental, labour and criminal law could start appearing.

Businesses of all sectors need to be prepared

It is, therefore, essential for businesses, every time new technologies are mentioned, to start looking for and implementing measures to prove that their use of this technology is in line with legal requirements and is protective, within the limits of scientific knowledge at this time, the health of employees and customers, the environment.