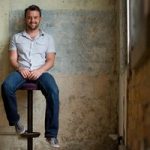 Progressive Web Apps (PWAs) are set to take off in a big way, and are an ideal solution for organisations wanting a better performance from their incumbent traditional app platforms & technology, according to Will Morris of Alchemy Digital.

Following the lead of many big brands already getting in on the act, including the BBC, Twitter and eCommerce stores like Lancome, including a PWA in your digital strategy should be the next natural step, especially if your existing app isn’t performing well or you need to bear the cost.

They’re also low risk investments and make the absolute best of your brand within a “smart” digital strategy. By taking the best functionality of native apps (those designed for a specific operating system that leverage device functionality to increase speed and performance) and enabling access via a browser and a URL, PWAs can solve real business challenges.

As a population we are suffering from ‘app fatigue’; MobiLens reported in September 2016 that each month, 51% of UK adults install zero apps on average. There are currently more than two million apps on the App Store and Google Play, rendering it extremely difficult to be ‘discovered’ by users.

We all know which apps we love, and which ones we run our lives by, and PWAs make it much easier for consumers to engage with the brands and the apps they want. I believe that PWAs could be the death knell for the App Store, Google Play etc. This next disruption in web is set to open up the advantages of having your own app to everyone, and at the same time being better, faster and cheaper. PWAs are one of the most open innovations in recent years, enabling even small brands and businesses to take advantage.

Here are the top seven reasons why PWAs are the next disruptive thing in web:

Apps have historically been out of reach financially for many companies. Not just because of the capex, but once all of the different types of operating system is factored in, as well as maintenance updates (and even the cost of people not using it because it doesn’t perform well) there would have to be a decent ROI. A template but isn’t going to function beautifully in line with your brand, and it simply won’t be scalable if you grow. PWAs don’t need to be built several times to work on different platforms or devices, and any maintenance or feature updates don’t need to be performed three times – build once, deploy instantly, everywhere.

The beauty of PWAs is they work online and offline (the latter via Service Workers – technical term for background sync), which is particularly valuable in areas of low connectivity or no coverage. And because it acts like a native app, it can even work with existing software on the phone, such as vibrate for notifications. PWAs are also re-engagable. This means that a user can go away and come back to the app without having to re-load it.

PWAs emulate a native app in terms of performance and importantly, speed. By the time you’ve found the app you want in the App Store for example, then had to download it (with coverage being an issue for large files), then had to register to use it, or simply wait to even engage with it… the PWA would be up and running in seconds. Online or offline, it doesn’t matter – it’s still fast, does not need to install anything. It’s light use of the RAM translates into remarkable user speeds, meaning that users ditch them less often, spend more time on them and have a frictionless experience.

Regular apps can quickly become out of date with maintenance costs spiralling. Any time one of the big three operating systems for mobile phones updates, or the app needs some minor improvements to design, it needs to be updated three times. Apps must be re-submitted to stores, which takes time for approval. By the time it is approved and launched, it’s likely to be out of date again. PWAs support continuous delivery – changes can be delivered directly to the PWA without notification or re-downloading or even having to visit anywhere else.

Some websites and apps have come under fire time and time again in the media for dodgy privacy policies requiring extensive use of cookies (typically five or six, and users are able to opt out by EU law), cache data, access to phone functionality (such as the camera) and personal information in order to operate effectively. PWAs do not require this volume of data to work; they use a complex code that runs in the cache, with code stored on the device after the first use. PWAs respect our increasingly privacy-conscious culture, which can only be considered a valuable feature today.

The increased speed to market, competitive edge and low cost of PWAs in comparison to regular apps come hand in hand with their low capex and opex. Businesses can get their apps to market much faster because they are not awaiting approval from store platforms, and can be made available instantly. This also goes for continuous delivery of maintenance updates: no application store approval periods, and no need for the user to wait to get their hands on the app, since PWAs are installed on the device by simply adding it to the home page.

Discoverability of PWAs is different, because users must seek them out from the mobile websites of the brands they engage with. Since PWAs require a URL to discover, it is increasingly likely that a user will be already engaged with that brand. Twitter, for example, has proven the engagement value of PWAs. Its own web app, Twitter Lite, has seen a 75% increase in tweets sent since it introduced an “add to homescreen” prompt on its page. It now has more than 250,000 unique daily users launch the app from their home screen four times a day on average.