By the end of 2018, a total of 43 out of 55 African countries (or 78%) will offer 4G services, according to GlobalData, a leading data and analytics company.

In spite of this, there are a few laggards, one of them being Mozambique – a country of nearly 30 million people. However, in late July 2018, Mozambique’s telecoms regulator finally announced that a 4G auction will take place in the next 2-3 months, meaning services would most likely come online in 2019. This would make Mozambique the last major economy in Southern Africa to launch 4G services.

Over the last few years, African countries have been rolling out 4G mobile networks across the continent at break-neck speed. In the last 24 months, even minnows such as Djibouti, The Gambia and Guinea-Bissau have launched new fast 4G services.

The provision of 4G data speeds, in conjunction with recent smartphone usage trends – fuelled by falling device prices – is sure to further spur data revenues for mobile network operators across both the urban and rural parts of Africa. 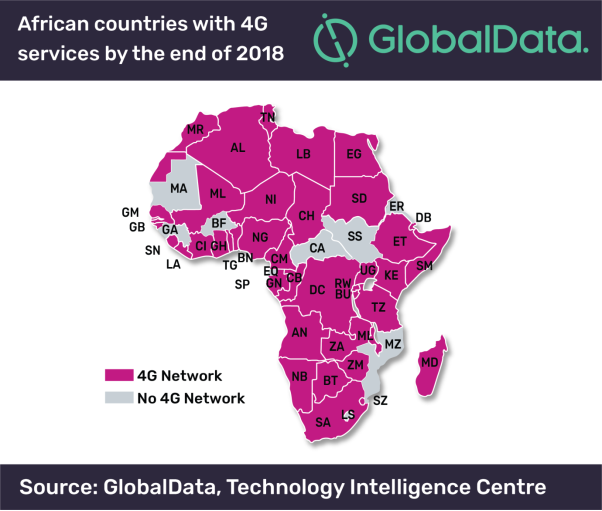