John BaRoss, who at one time was the head of e-commerce at ClickAT&T, has a vision for a global advocacy organization for direct carrier billing and mobile money services – and to big up charge to mobile and financial inclusion. Paul Skeldon meets him

While sitting at a payments conference at Harvard, John BaRoss had something of a payments epiphany: for all the talk about wallets and NFC and every other kind of mobile payment service out there, no one was talking about carrier billing. Soon he began to realise that not only was it not on anyone’s agenda, it should be because it was not only a neat way to pay for things, but it was the much needed entry point for the many millions of people who are shut out of the digital economy because they are unbanked or live in developing countries. 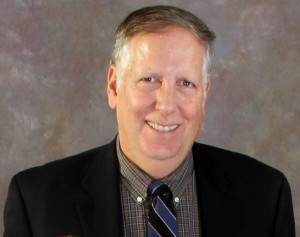 Something had to be done: this was a noble cause, according to BaRoss (left)

And so BaRoss is in the process of setting up a global charge to mobile advocacy group to get the message spread far and wide about the advantages of carrier billing.

“We need a key voice to advocate carrier commerce,” he tells Charge to Mobile Review. “Google Play has opened the door to carrier payments across the world, and M-Pesa and Orange Money and others have shown how it can transform the lives of people. But here in the US and in the UK, the likes of Softcard (formerly ISIS: stop sniggering) and Weve not only failed, but very publically surrendered what they did.”

This attitude that charge to mobile is somehow inferior to other payment tools is rife at the carrier level across many markets and really shouldn’t be. “Carrier commerce is a noble cause as it is the key to financial and digital inclusion for millions of people and someone needs to advocate that.”

But rather than major on being yet another body that advocates this or conferences that, BaRoss’s vision is to create a body that can pull together the brightest and the best people from the sector to not only promote what it does, but to also learn from all regions what works and what doesn’t and to fly to the aid of companies, groups or even countries when they face charge to mobile challenges.

BaRoss cites the example of Uganda. Last month a Ugandan judge ruled that mobile money operations are illegal in the country because the carriers who offer such services are not licensed by the state bank to provide financial services.

“This illustrates how the new industry association could be designed to tap the eventual aggregate member base in a timely manner to help industry colleagues – in this case, five MNOs in Uganda – overcome challenges like that Ugandan judicial ruling,” BaRoss says. “Since carrier mobile money operates today in about 60 countries, the probability of this similar issue being encountered already could be high, so the membership could conceivably help colleagues in Uganda.”

While the case was overturned in Uganda within a matter of weeks, it is important that the industry acts together where ever these issues arise – not just to jump to its defence, but to share best practice and to lobby to make sure the rules and regulations everywhere are conducive to it being a successful business.

“We will work with government and regulatory bodies worldwide to push carrier commerce, because it is the solution to so many problems in the world,” he says. “For instances, we need to tell governments and regulators that setting arbitrary limits on what people can spend is strange: why not let the market decide? Why not let people themselves decide? Some may want to use charge to mobile to pay for everything, others won’t, but someone needs to push these arguments and get this on the agenda.”

And BaRoss wants the industry to work together on this and is calling on everyone involved in charge to mobile and ‘carrier commere’ to help create this body. The ground work has been done and the word is out that this body is going to be formed. Now its telemedia’s turn to look at how to get involved. So head to the LinkedIn group and get involved.