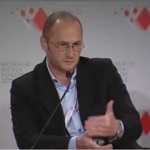 As ad blockers become mainstream on mobile, does this spell the end for mobile advertising? Not likely, says Frederic Joseph, COO of S4M, who explains why it might just be the making of the industry.

Samsung announced earlier this month that the latest version of the default browser on its Android phones will allow users to install ad-blockers.  This follows hot on the heels of Apple, who made a similar move back in September.

It would be easy to assume that this sudden rise in the popularity and profile of ad blockers on mobile devices is the death-knell for the mobile advertising industry.  But in fact, that couldn’t be further from the truth.  Far from being a threat, ad blockers could actually be a saviour for an industry that, whilst still in its infancy, has at times been too complacent and slow to react to changes in consumer behaviour.

Let’s take a step back and consider why Samsung and Apple have made their respective moves.  Their motivation is clear; they want to improve the user experience for their customers.  In doing so, they believe they will sell more devices – remember that they make far more money out of hardware sales than they do from software (in 2013, 55% of Apple’s revenue came from iPhone sales, compared to just 9% for iTunes, software and services).  Sadly a great deal of traditional mobile advertising is viewed as an irritation and consumers are more likely to buy a mobile device that allows them to block it out and enjoy an ad-free browsing experience.  And who could blame them?

However, this is not a threat to the mobile advertising industry but more of a push to prioritise user experiences first.  Advertisers should not panic because of ad blocker adoption but instead see the urgency to fully adopt mobile programmatic as a way to guarantee the best user experiences for their customers.  In the mobile digital advertising space, programmatic can deliver engaging messages in a personalised context and ensure that the same ad scenario is not served to the same user multiple times.  Ad blockers are reshaping the mobile advertising space and forcing advertisers to rethink their approach.  Brands need to seek the acceptance of their customers with engaging, entertaining and purposeful ads instead of intruding users on their devices.

Just imagine, as a retailer, that you could identify athletic individuals who regularly run in parks and train in gyms; and that your ad is transformed into a service offering those individuals relevant sporting equipment in stores close to their current locations, accompanied by special offers and express checkout options. Users will be happy to accept these ad scenarios instead of blocking it and ultimately build a brand relationship with lifetime value.

So, by using programmatic advertising techniques, retailers can ensure that their mobile advertising campaigns are targeted to the right people at the right time.  Already mobile ads are feeling far less like an irritation.  But there’s more we can do.  Even if you do succeed in targeting your mobile ads effectively, if your content appears as a traditional banner ad the chances are it will either be blocked or overlooked – ‘banner blindness’ is a term now commonly used in the industry.  Now is the time to adopt native or ‘in-app’ advertising.

The use of mobile devices is becoming ubiquitous.  In the UK the average person checks their mobile device 85 times a day, spending a total of five hours on it*.  Most consumers spend far more time using apps such as Facebook, YouTube and WhatsApp than they do browsing the web.  Native advertising replaces traditional ‘banner ads’ and allows retailers’ digital content to be seamlessly integrated into an app. This makes the ad feel less intrusive and also allows the advertiser to take advantage of mobile features like swipe gestures.

Native advertising is far more established than programmatic, but using the two together is where retailers can really make their mobile advertising stand out from the crowd and deliver compelling content that delivers remarkable ROI.  But I do also have a word of warning: As the market matures, publishers must resist the temptation to flood their apps with native adverts.  As an industry, we must consider the ability to engage with potential customers in such a targeted and personalised way as a real privilege.  Less is more and publishers must focus on quality rather than quantity.

The final piece in the puzzle is evaluation. The mobile ecosystem is quickly coming of age and desperately needs concrete and transparent industry metrics.

Far too frequently, retailers are not getting an accurate picture of how successful their mobile advertising campaigns have been.  They may think they are getting a healthy ROI, but things are not always as they seem. To eliminate fraud and accidental clicks retailers should insist on real metrics and indicators of success.  For example, instead of measuring clicks, retailers should ensure that the landing page post-click is 100% loaded +1 second to be certain that their message has been delivered and their customers engaged.

A lack of robust post-campaign evaluation is not only wasting retailers a great deal of money, it is also harming the mobile advertising industry as agencies and advertisers are not learning what mobile consumers want and adapting their campaigns accordingly.  It is vital that retailers demand more of the agencies they engage with, particularly when it comes to post-campaign measurement and evaluation.

Mobile ad blockers give consumers the ability to vote with their thumbs.  This should be viewed not as a threat but as a challenge.  It will force retailers and advertising agencies to put the customers experience first, think more creatively and evaluate more carefully; it will drive the use of programmatic and native advertising.  It will help publishers that focus on quality of ads rather than quantity to flourish.  These can only be a good things for consumers and retailers.

Internet retailers, agencies and publishers that embrace this challenge and start engaging with consumers in a personlised and timely way, rather than creating and delivering mobile ads for the masses, need not feel threatened by ad blockers.