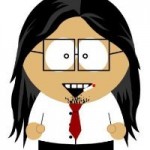 With apple reporting the biggest quarterly profit in history, Jon Marks, CTO and cofounder of developer Kaldor ask ‘should brands focus on Apple, and forget about Android users?’

Apple must be reveling in their success with 74.4million iPhones sold in the three months to 27 December 2014, generating an annual revenue of $74.6billion and achieving a record quarterly net profit of $18billion.

With Apple reporting figures like this it’s tempting for developers to think that creating apps for Android devices aren’t worth the time spent, especially with iPhone users spending on average four times more than their Android counterparts. So why should you spend the time and resource on creating your app for a whole bunch of Android devices?

The Android market is huge. Putting aside the number of people using Android phones without internet or app capability, Android still has double the install base of iOS and therefore a huge number of customers you would be missing out on if you invested solely in iOS.

Having said that, Apple has a massive proportion of customers that any developer or publisher wants. According to Benedict Evans, iOS claimed 80% of the economy’s revenue on Black Friday in the US. And IBM report that on Christmas Day iOS users spent more time online, bought more, and paid more for each item than Android users.

This applies to app purchases too – App Annie reports, that in 2014 Google Play amassed close to 60% more worldwide app downloads than the iOS App Store yet iOS still generated over 70% more app revenue. With a market like this and consumers galore, it’s no wonder developers and content owners set their sights primarily on creating an iOS app.

However, iOS users account for just 11.7% of the mobile market. With this in mind, brands would be foolish to exclude the weightier Android consumer – particularly if you have a publication which is free to download and ad-funded rather than subscription based.

Forbes reports that Android’s app engagement is higher than iOS, but Apple drives higher in-app spending. Therefore, for subscription-based publications added features and functionality such as preview modes are a great way to offer Android users a ‘try before you buy’ experience. The Economist’s The World In 2015 allowed users access to a selection of the content for free, opening up the content to a new audience, and giving them a taste of the product.

Understandably though, developers and content owners can be put off by the complexity of Android’s operating system. But ignoring such a large proportion of the mobile market isn’t the answer. With the significant developments that have been made over the past few years in mobile publishing software, it is no longer a case of taming the beast. Products like Pugpig do all the hard work for you, supporting beautiful and innovative mobile content, regardless of the operating system, screen size and device.

Ultimately, it would be foolish to choose one platform over the other. Fundamentally it’s not one vs the other, iOS and Android are both here to stay, for a very long time.