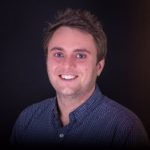 With Mobile World Congress kicking off next week, James Manning Smith – Consumer Electronics- Futuresource Consulting takes a look at how mobile is set to change in the year ahead

Over recent years, smartphone innovation has slowed. Developments from major vendors have trickled in, with refinement of functionality being brought to handsets, rather than leaps of innovation. Smartphones have no sign of disappearing; they remain one of the most widely used devices. However, there is certainly a lull in terms of market growth and buzz surrounding the products.

Mobile World Congress (MWC), the largest wireless tradeshow of the year, has been the launchpad of many innovative handsets. Vendors have continually used Barcelona as a meeting point industry wide to market new technologies and capabilities. Despite its continued prominence in the smartphone yearly calendar, MWC has become more than a destination for mobile phones. The event now hosts members of the wider IoT industry, exhibiting companies from network infrastructure vendors to car manufacturers. It is safe to say, that if a product in any way connects to the internet, it will be under the roof of Barcelona’s Gran Via.

While advancements in mobile handsets may have slowed, there is certainly a lot of up and coming technology that will be found within MWC’s halls. With AI, 5G and autonomous driving on the edge of commercialisation, and Voice Personal Assistants (VPAs), bezelless displays and computational photography all becoming increasingly important developing technologies, there will be a lot to talk about.

Voice Personal Assistants integrated into home electronics have been the standout feature of 2017. The last year of market development has shown the technology has firmly found a place in our homes; the focus for Siri, Google Assistant and Alexa has been as part of smart home devices, rather than as a smartphone functionality. Products such as the Pixel Ear Buds and Apple AirPods have tried to revitalise Siri and Google Assistant’s importance on mobile devices. However, excitement remains stuck in the home electronics segment. Following the launch of the HomePod, and with a Samsung Bixby Wireless speaker on the horizon, we may see a more aggressive approach to locking consumers into a VPA ecosystem within the four billion smartphones in use. There is a huge potential to engage consumers in VPA ecosystems through smartphones, laying the foundations for next generation voice interaction.

Artificial Intelligence (AI) promises huge potential. However, due to limitations of processing power in consumer devices, AI has largely been resigned to the cloud. Qualcomm, Huawei and Apple have all touted dedicated neural cores and processor optimisation for AI applications. Though, full use of these technologies is yet to be harnessed. Mainstream application and software developers are yet to make the leap to utilise the on-board AI processing power; in some cases, open access to the hardware is not granted, and in others it does not make sense to take the transition from the cloud. 2018 could be the year we see vendors recognise the importance of building a smartphone handset base with AI optimised processors on-board. A number of new handsets using Huawei’s Kirin 970 and Qualcomm’s 845 processor are expected to be announced, while other SoC vendors will announce further plans for AI integration for next generation products. While these chips coming to market in handsets is important, equally as vital is how smartphone manufacturers will use the processing power. For vendors to take advantage of new AI processor technology, these themes will need to have a clear focus this year.

Since the launch of 4G networks in 2009, 5G has been a talking point at any communications trade show. The forward-looking nature of this technology development is certainly testament to the commitment to innovation found in the industry. Alongside AI, 5G promises to open the flood gates to new technologies that have been in development over the last ten years but require bandwidth unobtainable with current network technologies. Much of the development behind 5G is ready, but a lag between development and infrastructure creation has meant we will be waiting until 2019-2020 until 5G is operational. 5G is expected to dominate MWC in terms of near-commercially ready products in anticipation of network roll-out over the next two years. We expect to see a plethora of industrial based networking and IoT products hit the market, from gigabit car connectivity, live VR streaming networking devices and 5G smartphone chipsets.

Futuresource will be on the ground providing updates on innovations within the industry, alongside analysis and contextualisation of developments. MWC will be so much more than an opportunity for handset vendors to promote their next product line. We are at the turning point for network connectivity, connected car, wearables, cloud technologies, AI, operator services and digital currency, plus many other advancements that will be discussed during the event. With over 2,300 exhibitors from across the industry attending, the event will showcase innovations that will impact technology for years to come.