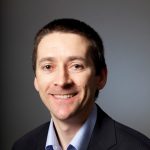 What impact is the vote to leave the EU going to have on the telco industry and telemedia? Here Declan Lonergan, VP of research at 451 Research outlines what he thinks is likely to be the short, medium and long term impacts.

The short-term uncertainty caused by Brexit will eventually give way to a different long-term operating reality. The competitive landscape for telcos will not be affected directly, at least not in the short term. None of the existing players is likely to re-evaluate its commitment to the market as an immediate response to the Brexit result.

Similarly, the impact in areas like industry regulation and even mobile roaming charges are unlikely to materially change, even if the UK is excluded from the single market. There may even be some upside for the UK players, with the potential for telecom regulatory policies to be adapted more effectively to the specific needs of the UK market.

But that’s where the good news ends and uncertainty begins. Following the referendum result – and depending on the exact nature of the UK-EU separation – there are potential negative effects in relation to macroeconomic weakness, reduced demand for telecom services, constrained network investments, and more restrictive employment options.

Eventually – as it always does – a new normal will emerge, but for the next two to three years at least, the UK telecom market is heading for choppy waters.

Following the result, demand for telecoms and related services could weaken (or worse) as UK economic activity slows. Assuming at least a modest recession ensues as a direct result of the UK deciding to withdraw from the EU, it will affect both consumer and business markets directly.

The scale of any reduction in economic activity and telecom demand is impossible to quantify. But even a modest decline will force UK telcos to revisit commercial strategies to ensure they remain competitive and can retain market share as customers rein in their spending and switch to low-cost providers. On the demand issue, UK telcos will be especially exposed to the threat of some multinational companies relocating some or all of their operations out of the UK.

There is a danger that this risk is overstated because most companies will carefully weigh the pros and cons before making any dramatic relocation decisions. But some flight of business from the UK is to be expected, especially among those in the services sector with the most mobile businesses and workforces.

Telecom network investment will be affected. UK telco spending power will effectively be reduced due to the weaker pound sterling against both the US dollar and the euro. Telcos could also be deprived of access to EU R&D funding, including in high-profile emerging technologies like 5G and IoT.

For example the Horizon 2020 program has a budget of €80bn ($88bn) over seven years (2014-2020). It covers areas such as IoT, robotics, cloud, clean energy, security, and automation and smart cities. The UK government could decide to step in to fill any funding gaps, but there are no guarantees, and the government’s ability to do so will be constrained by the likelihood of UK economic underperformance in the coming years.

Employment factors also come into play. It will be more challenging for UK telcos to recruit and retain certain employees. There are likely to be new restrictions in relation to freedom of movement of people between the UK and the EU. This could reduce the pool of available employees, particularly at the senior-executive level.

However, the effect may be limited by the fact that securing employment visas – assuming those are necessary – for senior executives shouldn’t prove too difficult, even if the UK introduces a point-based system to manage inflow. UK telcos may also be affected by an outflow effect caused by some UK-based EU nationals choosing to relocate back home or to another EU country.

For now the UK telcos are preaching calm – for example, with Orange explaining it has no plans to reduce or relocate its UK workforce (more on that later). But over time, it’s inevitable that multinational telcos with UK-based workers will reassess their presence in a non-EU market.

Telecom industry regulation will also be affected. However, compared with other areas we don’t expect the impact to be huge. It’s unlikely there will be dramatic changes in UK telecom policy because EU regulation is already influenced by UK market experiences. A commitment to effective competition and free market principles has generally guided UK and EU regulation. However, the EU’s role as final arbiter in major M&A deals will be assumed by UK-based authorities. This means the UK can ensure adjudication is made to the best advantage of the national market rather than to adhere to more generic competition principles that are applied EU-wide.

Related to the issue of industry regulation, mobile roaming charges will also be a Brexit issue, but not a big one. Following the two-year negotiating period, the UK will probably no longer be bound by the elimination of roaming charges that has been agreed upon within the EU.

In reality, however, the removal of roaming charges will already have come into effect before the UK leaves, and it’s unlikely the UK operators will re-introduce roaming charges due to the negative commercial impact. Their dependency on roaming revenue has been in steady decline in recent years, which means a re-introduction of charges is unlikely to generate significant topline benefits – at least not sufficient to compensate for the damaging effect on their domestic competitive position.

There will also be specific implications for a number of individual operators. Vodafone is more multi-national than any of the other UK players, and one of its strategic priorities is to drive growth in its core European markets. With its group HQ located in the UK, the company may need to consider the merits of moving this to an EU country, but we don’t expect a knee-jerk reaction. As mentioned earlier, Vodafone is also heavily exposed to the multinational corporate (MNC) market. Any changes in MNC business activity or clients’ office locations post-Brexit could leave Vodafone exposed to new competitive threats as rivals look to take advantage of these changes.

Also, the fact that Vodafone reports in GBP but has most of its business outside the UK will have at least a short-term negative effect due to the weakening of sterling.

Telefonica is likely to review plans for its O2 business. The proposed merger of Hutchison’s Three and O2 UK was blocked by the EU earlier this year. Because Ofcom was also strongly opposed to the deal, it’s unlikely that we will see that one resurrected, but Telefonica will presumably take a fresh look at its options whenever the Brexit dust settles. The weakness of sterling against the euro has reduced the value of the O2 asset as far as Telefonica is concerned, which could put a brake on any attempt to sell it off, at least for now.

BT – owner of the largest UK mobile operator, EE – is significantly negatively affected by Brexit. It lacks geographic diversity. With the vast majority of the company’s eggs in the UK telecom basket, it’s acutely exposed to the unfolding macroeconomic challenges discussed earlier. With Deutsche Telekom (DT) holding a 12% stake in BT, the UK operator is also faced with having a disgruntled shareholder that has just taken a huge hit in the value of its holding due to the BT share price fall (it was down 16% in the two trading days following the referendum result) and recent pound/euro exchange rate movements. DT will probably have to stay put for now, but as a firm believer in the EU project, we won’t be surprised if the company looks at options to exit the UK in the long term.

Since its sale of EE, Orange is no longer present in the UK B2C market. However, it does employee 900 people and maintains several group offices in the country. This includes innovation, marketing, technology, wholesale, brand, communication and B2B. These functions are potentially under threat of being relocated to France or elsewhere in the EU. To calm employees’ nerves, Orange issued a statement to say it plans to maintain these offices. It also commented on its financial exposure to say that the Brexit outcome has no direct impact on Orange, and that it’s ‘covered against movements in the sterling and dollar exchange rates.’ This is all very reassuring, but, as with Vodafone, relocation of some Orange employees in the long term cannot be ruled out.

Our focus so far has been primarily on the UK market. However, there will also be implications for the EU. In a recent report, we assessed the overall state of the European mobile market and concluded that recovery from recent difficulties is now very much on the cards. At least that was our assessment prior to the Brexit result. We forecast the value of the European mobile services market (including the UK) would fall only slightly, from €227bn in 2015 to €224bn in 2019. In contrast to most of the past decade, we were expecting a period of relative stability for the region’s mobile network operators. Stable revenue combined with further significant efforts to reduce costs, particularly in capex, were also expected to produce a gradual improvement in the bottom line for most operators. However, the Brexit result will place some downward pressure on these projections for the reasons discussed earlier relating to the economy and demand factors.

The effects of the UK leaving the EU will certainly be less damaging for EU players than for those operating in the UK. But overall, Brexit is not good news for EU telecoms. Any event that weakens the EU project – and the collective negotiating power of this economic entity – will have implications for all players. At the highest level, the EU’s ambition to regain its position as a leader in the global mobile industry is damaged.

Collective EU funding of new technologies, including 5G and IoT, will be eroded due to UK withdrawal from those projects. For large global technology vendors and IT/internet companies – encompassing networks, handsets and online services – the EU is set to represent a reduced addressable market.

This could restrict the EU’s influence in decisions relating to global industry standards or wireless spectrum harmonization. Let’s be clear, we believe the UK telecom industry and its participants will be damaged by Brexit far more than their EU counterparts will be, but there will be few winners anywhere in the EU when the UK eventually leaves, regardless of the manner of that leaving.

In the interest of balance, it’s important to stress that there is also some potential upside for the UK as a result of the Brexit vote. One of these is in relation to regulatory sovereignty. The UK authorities will have the opportunity to set rules and regulations that are more closely aligned with the specific needs of the UK, unhindered by EU influence.

Let’s take one example: as part of its efforts toward establishing a digital single market (DSM), the European Commission recently released results from a survey of EU households covering adoption, use and attitudes toward communications services. Findings from the ‘E-Communications and the Digital Single Market’ report highlight significant differences across member states in service adoption, technology use and consumer attitudes.

Brexit supporters would argue that this heterogeneous telecom landscape illustrates the need for more national or even localized approaches to regulation, to ensure increased network investment in underserved areas.

On this basis, Brexit should afford UK authorities greater freedom from pan-EU regulations and increased autonomy to regulate according to what is best for the UK. This should be a positive outcome, but it’s one of very few bright spots in an otherwise gloomy outlook for the post-Brexit UK telecom market.