BT’s proposed acquisition of EE will create a ‘true UK digital champion’, according to BT Chief Executive Gavin Patterson, with consumers and businesses benefiting from further innovation and integrated services in a highly competitive market.

He was backed by EE Chief Executive, Olaf Swantee, who said the deal would result in continued investment to boost what he described as the “most digitally hungry country in Europe”.

The executives were speaking at the launch of a report which recognises there will be extraordinary growth in data usage, representing challenges and opportunities for the UK. Both executives believe the country will need a digital champion who is both willing and able to invest in ultrafast broadband and 5G.

BT and EE have invested £35 billion in the UK over the last decade. As a result, the UK has the highest superfast broadband coverage and take-up in the EU ‘big five’ as well as the fastest European 4G network.

Patterson said the integrated company, following approval, would have the scale and expertise to deliver the UK’s connected future and help put ‘clear blue water’ between the UK and its international peers. He said other companies operating in the UK would be able to benefit and compete through highly regulated, equal access to Openreach’s network, and wholesale access to the EE mobile network.

He added: “The world is changing with customers wanting access to the internet on their terms. They are spending more time online than ever before and they want the best connection whether they are at home, in the office or on the move. Seamless connectivity is the future and we are keen to deliver the new, innovative services of the future.” 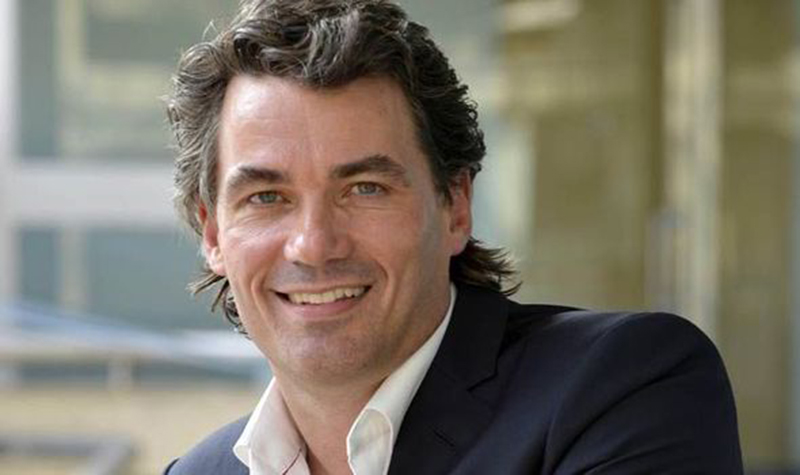 BT’s PATTERSON: CREATING A TRUE DIGITAL CHAMPION FOR THE UK

Convergence is the key trend he explained, whilst outlining BT’s vision in which services are delivered seamlessly over both fixed and mobile networks that use a converged core to carry traffic. He said the deal would provide customers with greater choice and value as the integrated company would be in a better position to offer bundled services.

Swantee highlighted how the merger between T-Mobile and Orange had unlocked investment and enabled EE to drive 4G forward in the UK. He said: “In BT and EE you are bringing together two companies with a similar core belief. Two companies that share a renewed commitment to network leadership, innovation and delivering the best for their customers.”

He added: “A world-leading, combined fixed and mobile, digital infrastructure will sit at the heart of a successful UK economy. The success of the UK in the future will be built on its ability to deliver real-time, data-heavy information through leading edge network technology. Bringing BT and EE together makes that possible”.

EE SWANTEE: THE MERGED GROUP WOULD SIT AT HEART OF UK ECONOMY

Swantee warned of the danger of allowing self-interested companies to obstruct the deal: “These competitors only want to put up roadblocks, while we want to build motorways for the UK”. These companies, he said, prefer to stand still and sweat their existing assets rather than invest in the future.

The two chief executives were speaking to industry analysts at an event to mark the launch of a report by Rob Kenny of Communications Chambers. This independent report, commissioned by BT, identifies five key industry trends that the integrated company will be well placed to address at a time of declining revenues in the industry. These are:
• Increasing demand for data and speed in fixed and mobile networks
• Expectations of ubiquitous, seamless and reliable connectivity
• Pressure on enterprises and the public sector to enhance productivity through digitisation
• The proliferation of devices and the Internet of Things placing additional demands on critical networks
• Rapid change and rising uncertainty in the telecoms industry.

Kenny says in the report: “I conclude the merger has the potential to generate a wide array of customer benefits driven by enhanced investment, innovation, efficiency and competition for converged services. Notwithstanding the merger, the UK would continue to be a well contested market by comparison to its European peers, with some of the most pro-competitive market interventions globally.”

He further concludes the benefits of the deal “will help underpin the UK’s position as the leading digital economy of the G20, delivering the connectivity that businesses, consumers and government require, at prices they can afford”.

The proposed acquisition remains subject to merger approval from the UK Competition and Markets Authority. BT expects the process and the EE transaction to complete by the end of March 2016.