Julie and Antony Redfern ran a community-led service during lockdown to provide those shielding in The Chesterfords with easily accessible support during the Covid-19 pandemic.

They decided on a phone line as the most functional comms method for their target audience and enlisted Telecom 2 to aid with the set up of the helpline.

Telecom 2 was contacted on 18 March, five days before the UK’s nationwide lockdown began to set up the line. The action group needed numbers allocated, a login for each number, rather than one per client the capacity to cover 60 area codes should it expand and an IVR.

The group also needed the ability to easily route calls between different volunteers in the support network and the option to have a conference facility using DTMF.

Telecom2’s internal systems weren’t, at that point, able to support large elements of the brief without customisation. There was no external update process for the destination numbers, nor was there an optional conferencing facility via DTMF/touch tones. These would have to be created in-house along with the provision of an API to allow the Action Group to utilise their own platform for routing and conferencing.

The service launched successfully on the 24th March, four working days after the brief was provided. Numbers were allocated, and bespoke work was carried out and successfully tested. 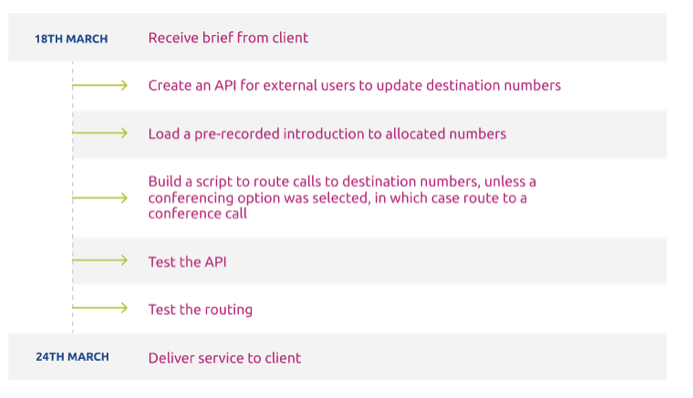 The client has seen an impressive community uptake of the service. The service continues to run, and sees peaks and lulls inline with Covid-19 alert levels. Their work has been paramount in supporting the community throughout the pandemic. 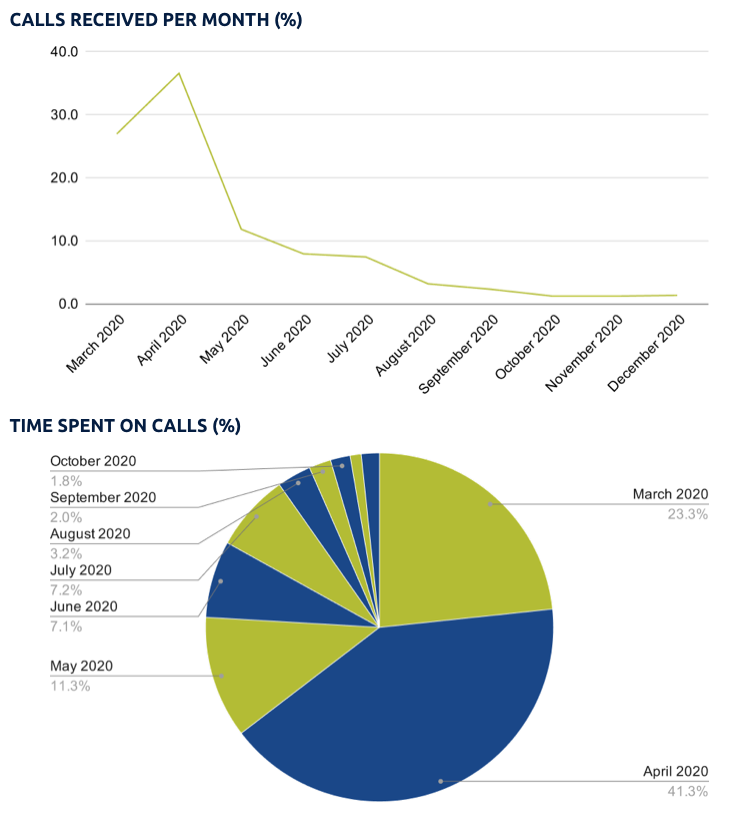 Julie Redfern comments: “Telecom2 stepped up to the plate and, in a matter of hours, had allocated local numbers across the whole district and written a bespoke interactive voice response system that could forward calls using a really simple web interface. The beauty of the system is it’s so easy for everyone to understand and for the community to use.”

She concludes: “In recognition of, and as the figurehead of the Good Neighbours response, I was surprised and honoured to have been awarded the British Empire Medal – this was, at least in part, due to the success of the Helpline. Thank you, Telecom2!”