The way that we consume all sorts of media has changed greatly in the last few years. As consumers have begun to shun traditional subscription packages from TV networks, choosing to pay for streaming services like Netflix and Amazon Prime instead, video gaming has not been left out.

The way we consume began switching to this model at the beginning of the last decade, as people started to choose services like Spotify over buying CDs and individual downloads. We can now stream movies, music and TV box sets, but we can also subscribe to services like Graze that will ship us food on a regular basis. Even Microsoft has switched Microsoft Office from an upfront purchase to a subscription model.

So how has video gaming adapted to this new paradigm?

Retail was the original monetisation method used by video game publishers. It worked by producing physical disks, often inside a decorated cardboard or plastic box, and then shipping them to physical stores where consumers could buy them just like any other physical good.

For the most part, all video games sold from the 1960s through to the early 2000s were monetised in this way. Many still are, particularly console games.

Although retail was the only way you could buy your video games, publishers had another method of monetisation too. Instead of buying the games, players could (and still can) go to a video game arcade and pay a small amount to play the game for an alloted period.

This is sometimes done on a time basis; for example, $0.25 gets you a couple of minutes of play, or it may be that you pay a similar amount for a set number of lives. Once you use up those lives, the game ends.

Arcades reached the height of popularity in the 1980s, before games consoles became more accessible to the public. However, they remain a feature of the video game industry, usually as an additional attraction at a venue like a bowling alley.

Some games are published as free downloads; these can either be by hobbyists wanting to share the fruits of their labour, or by for-profit entities hoping to entice players with some free levels before asking them to pay for the rest. Famous examples of this include Doom, which offered a free game and then paid-for versions of later games. 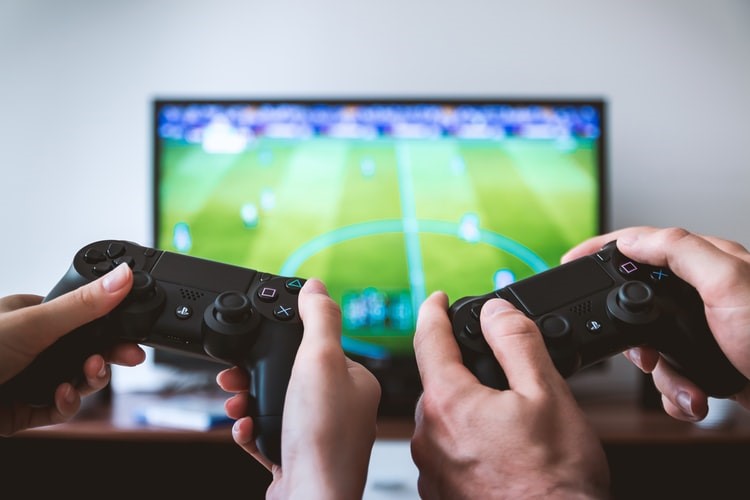 As the internet evolved, and our connection speeds improved, digital downloads of games became possible. Games were typically bought up front just like with the traditional retail format, but the consumer could acquire the game without having to leave their house.

Publishers have more recently begun to find ways to extract more revenue from their games. One of the most common of these is microtransactions, where players are encouraged to pay small amounts, regularly, to get extra game features, lives, levels, weapons, or tools. The original game may be offered for free or may come with a charge of around $50, but microtransactions are present in most modern games to extend the life of the game and provide additional revenue.

This was pioneered by publishers like Zynga, who used games like Mafia Wars and Farmville to encourage players to cough up small payments to bypass waiting times. For example, a user would get new lives every so many hours, but they could pay for more if they wanted to continue to play.

Like the “freemium” casual game genre, iGaming companies must innovate to differentiate their brands in the crowded market. Many do this by augmenting the traditional casino games and by creating games that use licensed IP. For example, Sky Vegas’ Megaways slots have licensed Deal or No Deal and Who Wants to be a Millionaire games with innovative reel layouts and bonus features.

Microtransactions are not limited to gaming though; “paywalls” are used for many forms of media.

Most of the internet now contains ads in some form or another, and video games are no exception. Whether it is product placement or full screen ads on mobile games, advertising revenue is another source of income for games publishers.

The original Angry Birds game had two versions: a free version with ads, and one that cost $0.99 but was ad free. This helped to get the game onto as many phones as possible while still earning revenue from the players who were not willing to pay for the software.

The way that games have been monetised has changed over the years, and it seems that the internet has provided many more opportunities for publishers to pay for the resources that go into producing their content. We’re likely to continue to see a combination of these methods used for the foreseeable future as it seems the best way to maximise profits.