The daily time spent in apps has reached new heights in Q3 2021. According to App Annie’s Q3 2021 Mobile Pulse Top Apps and Games Rankings report, consumers across five countries now spend more than five hours a day in apps, and consumers in 12 major markets spent over four hours per day in mobile apps.

Indonesia is listed as the world’s most mobile-oriented region. Indonesian users spend an incredible 5.5 hours a day using mobile apps.

The data also shows that consumers in 12 of the countries on the 16-strong list now spend more than 4 hours a day in apps. 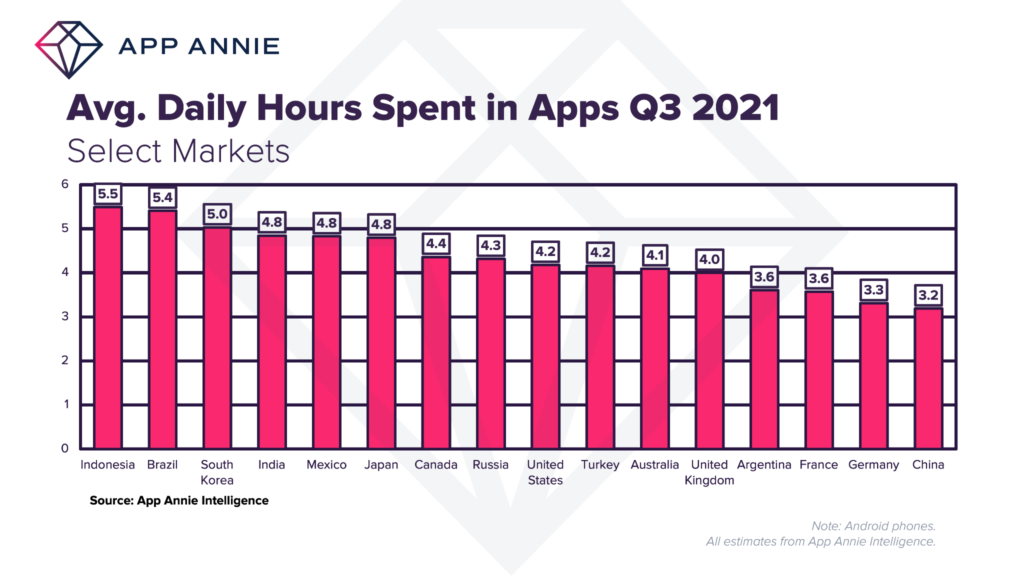 According to App Annie data, TikTok was the most downloaded app in three of the territories monitored over Q3 2021. And it was the only app to appear in the top five lists of all nine countries.

The company’s own numbers provide further evidence of its dominance. In September, it announced 1 billion active users, meaning one in eight people in the world use TikTok each month. Last year, we predicted TikTok would surpass 1.2 billion monthly active users in 2021, and we are well on track to seeing this come to fruition.

Elsewhere, the top apps are the usual collection of evergreen social products (WhatsApp Messenger, Facebook, Telegram) and video conferencing tools (Zoom, Microsoft Teams). The other significant cohort is the group of COVID-related apps, such as the UK’s NHS App. 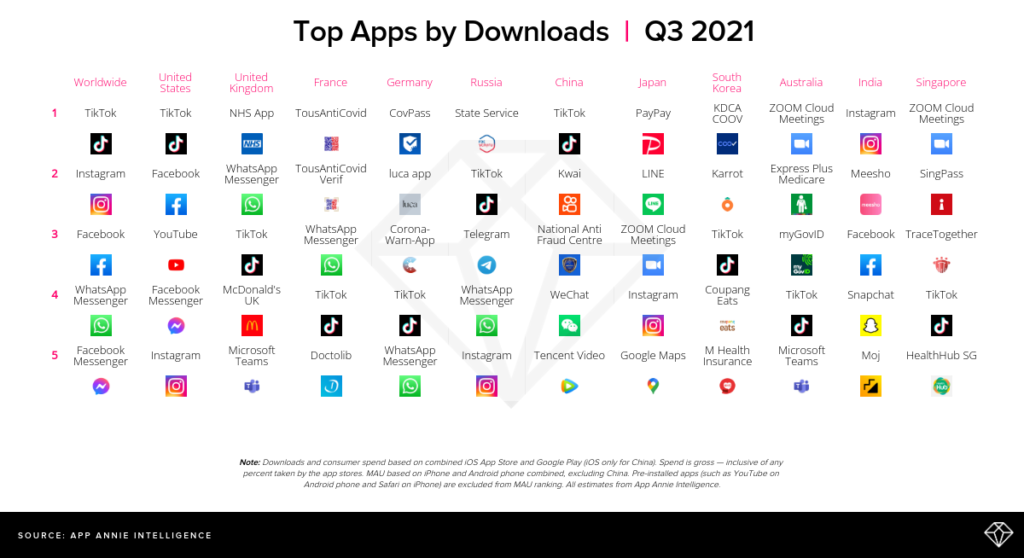 The ‘breakout apps’ chart makes for more interesting reading. It measures quarter over quarter growth rather than absolute download numbers. In other words, it reveals the season’s newest hits. 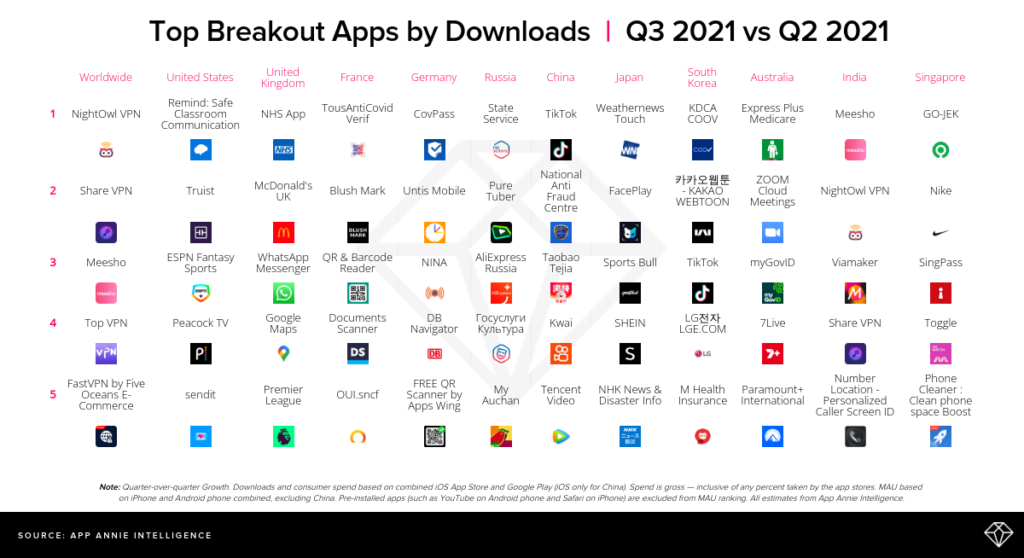 Globally, My Talking Angela 2 was the top mobile game. Hopes were high for Outfit7’s long awaited sequel, which the company describes as a  ‘Friend Simulation’. The stats suggest the app has delivered.

The other outstanding product is Freeplay’s hyper-casual Count Masters, which topped the Q3 game download chart in France, UK and Germany. ROBLOX swept the leader board for the US —  as the #1 game by all 3 metrics analysed — downloads consumer spend and MAU, a testament to the popularity of metaverses in mobile gaming. 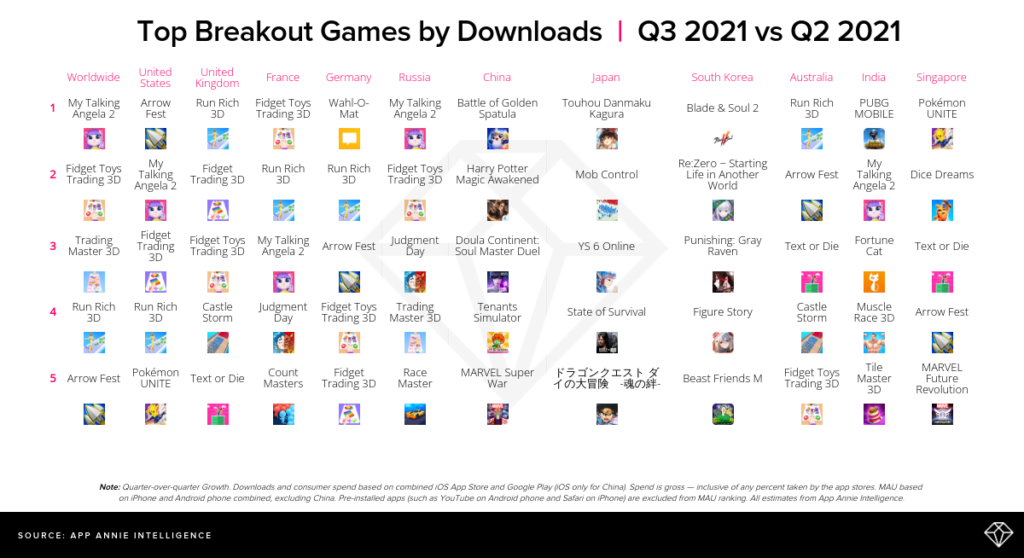