Core Telecom CEO Mahmood Mazhar has agreed a new sponsorship with Olympic GB Boxer Qais Ashfaq. The 23 year old Leeds based boxer competed at Rio 2016 and has high hopes for the future.

Core Telecom’s sponsorship deal includes both financial support and the use of a Mercedes GLA. These are a vital resources the support Qais through his strict training schedule.

Qais has previously competed at 2014 Commonwealth Games in Glasgow where he won a silver medal in the men’s bantamweight division, he took bronze at the 2015 European Games and also won Gold at the 2011 Commonwealth Youth Games.

Mr Mazhar is delighted to have confirmed the sponsorship package: “I’m really proud to be able to help local young athletes to enable them to be the very best they can be. I fully respect how difficult it can be for many professional sports people to support themselves and my hope for Qais is to take this burden away and allow his talent to thrive.”

Everyone at Core Telecom looks forward to sharing in his story. 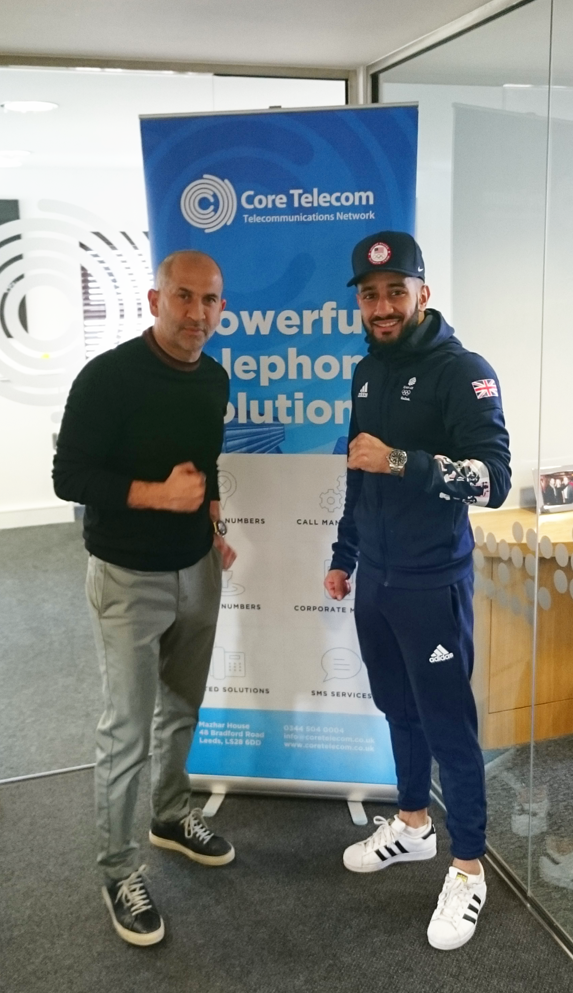