With the hotly anticipated global launch of Apple’s smartwatch only a few days away, how do consumers feel about the device, and how many expect to be wearing one anytime soon? Latest research from GfK shows awareness of the launch is high, but there is confusion over what a smartwatch can do. Expectations of the price point are also some way out.

Almost one half (46%) are aware of the Apple smartwatch launch – a high figure. This is an impressive number for a new product launch and reflects Apple’s dominance in the consumer tech category. Overall, 19% are extremely or very interested in the launch. 20% are fairly interested.

At 12%, intention to purchase any smartwatch ranks sixth after a smartphone, tablet, laptop, games console and smart TV. However, one third (32%) of people that already own a smartwatch intend to buy one, compared to 11% of non-owners – showing that once someone has a smartwatch, they recognize the benefits of the device.

57% of prospective purchasers are waiting until the launch of the Apple Watch before deciding which smartwatch or fitness brand to buy. We can see evidence of this in our sales tracking data. In Q1 2015, sales volume of smartwatches fell 21% compared to the same time last year. By comparison, the sales volume of wearable tech overall increased in the same period – up 52% and growing 22% in value year on year. Health and fitness trackers are driving the wearables category, up 327% in volume and 356% in value since Q1 2014.

Anne Giulianotti, Joint Head of Technology at GfK says: “Apple is a much loved and admired brand – so it’s no wonder that many potential smartwatch buyers are delaying their decision on what to buy until the launch of its device on 24th April. In Q1 2015, smartwatches made up 7% of the wearable tech category. With the launch of Apple’s watch in a few days, we expect that figure to rise as people see what one of the world’s favourite tech brands has to offer.”

Giulianotti adds: “Looking at these figures, it would appear that people who are interested in the launch of the Apple smartwatch don’t expect it to be priced as highly as it is. However, as we’ve seen before with the appeal of Apple’s products and the might of the company’s marketing, we would expect the brand to convince people to invest that sum in the wearable device.”

If they had to make a choice between them, two thirds (65%) would select features and functionality over the design of the smartwatch. That’s not to say the look of the Apple Smartwatch won’t be important – 74% of people say the way it looks and feels on their wrist is either “very important” or “important”.

French retailer Vente-Privee certainly thinks consumers will be interested. An app update for its app that will sync with the Apple Watch will be downloadable for free from the April 24 launch date for the sale of the watch.

The app is designed to the events sales model created by vente-privee in 2001, based on ‘instantaneity’. Users of the vente-privee Apple Watch application can, thanks to a rich notification system, be informed on the opening of sales they have registered to, the update of the order status, exclusive offers, and the expiration of their basket, thus never missing an opportunity. 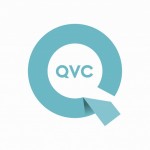 Shopping channel QVC will also now be letting consumers engage with its content via real-time updates and notifications within the Apple Watch app. Initially available in the US., UK. and Germany, QVC for Apple Watch will sync with and extend the functionality of the QVC app for iPhone®.

With a tap of the QVC icon (the Q logo) on the home screen, customers can see QVC’s most popular content – the Item on Air, the product currently being shown live on air; and the Today’s Special Value®, QVC’s best find of the day. Another tap brings up a close-up product shot with pricing and product details. Customers can then complete their transaction on their iPhone.

Additionally, users who opt in to receive push notifications will see real-time alerts of what’s currently on air on the Apple Watch home screen, and will be able to see additional information by clicking directly on the QVC icon.

“As wearables continue to serve as an extension of the mobile and tablet experience, the Apple Watch app demonstrates QVC’s commitment to investing in new technologies that deliver a fun, seamless and intuitive customer experience,” said Alex Miller, senior vice president, digital commerce at QVC. “Our customers tend to be early adopters of technology and we believe they will enjoy this new way of discovering the latest from the brands and products they have come to love, now with a simple glance at their wrist.”