If there’s one thing the pandemic hasn’t put a stop to its swiping for love. Whether it’s a strained pandemic relationship coming to an end or individuals looking for companionship after a long year alone, dating app usage and spend has increased significantly in the past year.

According to App Annie, the leading mobile data and analytics company, consumers spent over $3 billion on dating apps in 2020, up 15% YoY globally, seeing a total of 560 million dating app downloads. 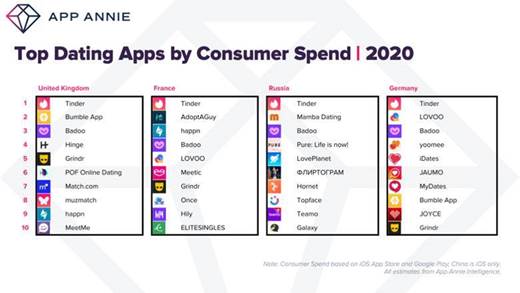 Going into Valentine’s Day, we can expect this trend to continue with the most popular dating apps encouraging users to put themselves out there. Tinder remains on top, ranking #1 in the UK and #1 worldwide, with the highest annual overall consumer spend among non-gaming apps in 2020. 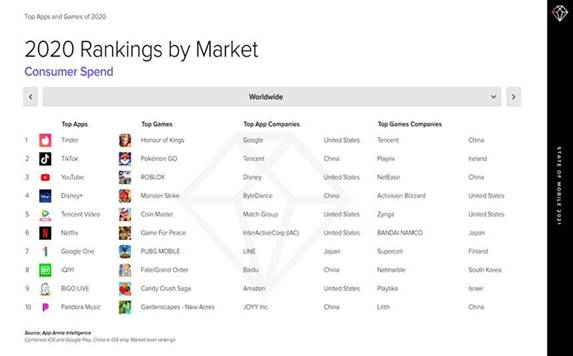 According to App Annie dating apps are unique in that they are meant to be deleted when consumers find their match. Hinge has been especially vocal about how their app is meant to be deleted once a relationship is formed. For this reason, consumer spend can be a particularly useful indicator of success beyond active users, since churn is embedded in the value proposition of matchmaking itself.

Consumer spend through indicates users are deriving value from added features such as matching beyond local users, seeing who’s liked your profile, and reversing left swipes, among others. In-app subscriptions are the most popular monetization method among dating apps, but many also have one-off in-app purchases as well. 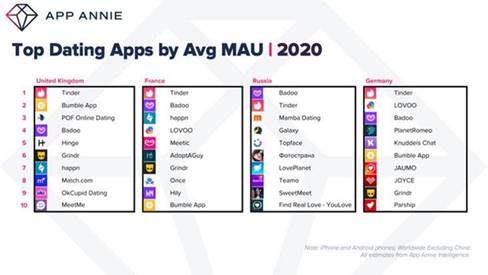 “Dating apps usually see a spike in use and spend ahead of each Valentine’s Day, but in 2020, activity remained consistent after the holiday passed,” says Lexi Sydow, Senior Market Insights Manger, App Annie. “This could be attributed to consumers looking to these apps for a way to socialize and stay engaged in the dating scene during the pandemic, proving that dating apps were relatively resilient to limitations on in-person meetups. This is likely due to a combination of the ‘gamified’ nature of swiping, the social features to pass the time and added features like video dating and the ability to match with users outside of your local area. With lockdowns continuing across the world, we can expect similar behavior this year.”