David Edmonds CBE – a stalwart of the regulatory world and a former state appointed director general of telecommunications – has been named as Phonepay Plus’ next Chairman. He will succeed Andrew Pinder CBE as chair of the UK premium rate services regulator’s Board on 1 September 2015. 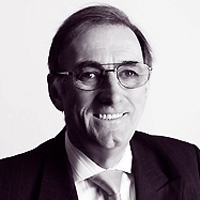 Edmonds (pictured left) has had an extensive career in business, regulation and in government departments. After a career in the civil service, and seven years as Chief Executive of the Housing Corporation, and seven years in the City, he was appointed as Director General of Telecommunications by the Secretary of State for Trade and Industry.

He subsequently served as a founding Board Member of Ofcom and Chairman of NHS Direct. For six years he chaired the initial Legal Services Board, set up to create a more effective regulatory regime for legal services, and a more responsive and consumer focussed marketplace.

He has served on the Boards of a number of major private sector companies in the FTSE 100 and FTSE 250. He is currently Chairman of E20 LLP, responsible for the transformation and running of the Olympic Stadium, of NHS Shared Business Services, and of Kingston University’s Governing Board. He was awarded a CBE for service to Telecommunications.

Commenting on his appointment, Edmonds said: “PhonepayPlus has a long history of effective regulation, working together with the premium rate industry to support innovation and to deliver good outcomes for consumers. It makes a vital contribution to consumer confidence in the digital economy and a healthy market for phone-paid services. As Chairman, I look forward to building on Andrew Pinder’s work and leading the next stage of PhonepayPlus’ development.”

Outgoing chairman Pinder added: “David Edmonds will bring a wealth of experience and expertise as Chairman of PhonepayPlus. I wish him and PhonepayPlus every success in the future and I would like to thank the Board, Ofcom and our other partners, the PRS industry and the Executive for their support during my time as Chairman.”

Rory Maguire, Managing Director of the Association for Interactive Media and Entertainment (AIME), says: “AIME welcomes the appointment of David Edmonds and our priority is to meet with him and establish a healthy working relationship by continuation of the organisational reforms and improvements that have been achieved through close collaboration between AIME and PhonepayPlus over the last eighteen months. Our objective is to ensure that premium rate remains a viable and competitive consumer payment mechanism for a wide range of products and services. We will discuss  how innovation can be encouraged, how regulatory requirements are simplified and made consistent with other environments, how to develop this payment mechanism into more blue chip companies strategies and how to improve digital security to ensure consumers and the industry are protected.”