?>
You are at:Home»Media & Content»Entrepreneur leads the way with music platform for Africa
By Paul Skeldon on 20 April 2015 Media & Content, Entertainment, Uncategorised

From a standing start the music sharing platform for Africa and diaspora, now receives around 8,000 users a day and has recorded growth at the rate of 1,500 Facebook likes per week.

The site now offers access to music not only from artists in Malawi but from Lesotho, Swaziland, Burundi, Zambia, Congo, Malawi and Nigeria where Kapanga has recently secured contracts with COSON – the Nigerian Copyright authority.

‘Mvelani’, which means listen in Malawi’s native tongue Chichewa, was launched in January 2015 by one man, Glasgow Caledonian University graduate Dumisani Kapanga who works full time as a financial analyst. The site is currently free, but eventually could charge for content and could be a natural place to use carrier billing or M-Pesa, though the company says it currently has no plans to do so yet.

The significant growth over the last three months has forced its 29 year old founder to make significant investments in expanding the site’s hosting capabilities and user friendly layout. A mobile version of the site has been created and a mobile app is also under construction for both iOs and Android users. 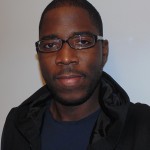 29 year old Dumisani said: “The number of users have increased so fast that I quickly realised I needed to develop a platform that was scalable to ensure consistent service to all users. My main priority was to build a platform that was socially integrated, easy to use and speedy. As a large majority of our users are in countries where the bandwidth and internet are slow, I needed to create a lean platform to give them an advantage.”

The site is accessible to all and users are flocking to the site from across the globe with increasing traffic coming from Europe, America, Africa and Asia. With the increasing interest has come a relative increase in demand from artists requesting to be catalogued.

Dumisani adds: “I am getting hundreds of requests from artists asking to be added to the platform from across Africa. Thankfully I am now also now in a position that the site is able to invest in the local economies it’s working with. For example, this year Mvelani is forecast to pay over one million Malawian kwachas to artists making sure they are recognised for their support and talent.

“The site is also set to pay the Nigerian copyright authority – COSON – two million Naira. Added on to the contributions paid to the other countries where artists are based, I am proud to say Mvelani is working towards becoming a consistent contributor to the African economy.”

Mvelani has now launched the second version of the site with updates to layout and speed of service.

Dumisani concludes: “It’s been a really exciting few months for the website and it’s certainly moved much faster than I was expecting. With the increase in demand from both users and artists I am now planning to add to the team to make sure it continues to provide the best possible service for those wishing to discover African music no matter where they’re from.”