In 2018, Denmark has updated its National Broadband Strategy, which aims to deliver 100Mbps downlink and 30Mbps uplink broadband to all households and businesses across the nation by 2020. Leading data and analytics company GlobalData’s latest forecast reveals that Denmark’s fixed broadband penetration of the population will reach 39% by 2024. 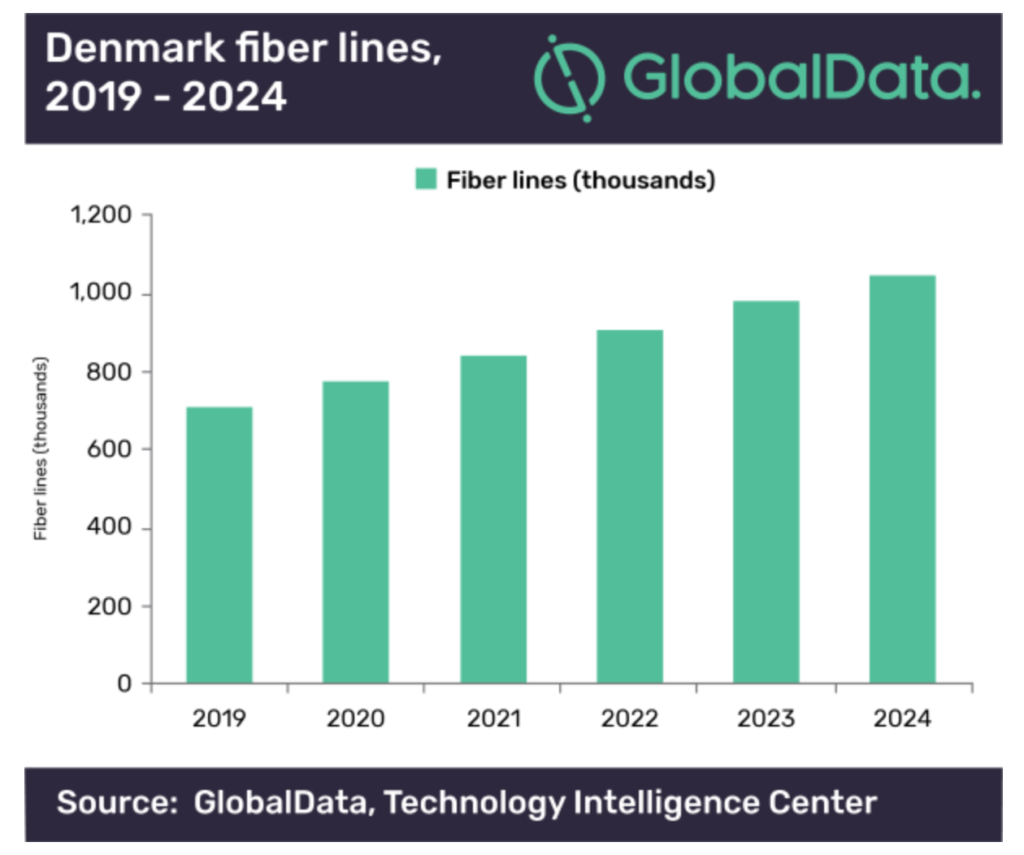 “To further stimulate the expansion of 100Mbps broadband, the Ministry of Energy, Power and Climate of Denmark established a $15m fund in May 2019. The fund is mainly aimed at providing 100Mbps broadband to underserved areas with low population density, where connectivity does not exceed 10Mbps down- and 2Mbps uplink.”

In November 2019, the COBRA fiber cable interconnecting Endrup (Denmark) and Eemshaven (the Netherlands) was launched. The cable brings additional capacity for commercial purposes. In June 2019, telecom operator TDC announced that its NetCo (Network Company) is forming a joint venture with construction company Nordkysten to deploy fiber in Zealand, the Netherlands. Several months earlier, Telenor signed a wholesale agreement with OpenNet, a wholesale arm of utility company Eniig, to provide broadband services over OpenNet’s fiber network. The scope of the agreement covers over 300,000 households in Northern and Central Jutland.

Gavrilov concludes: “In line with Denmark’s fixed broadband strategy and telcos’ network expansions, fixed broadband lines in the country are expected to reach 2.3m by 2024 with fiber lines surpassing the one million mark by the end of the forecast period.”