?>
You are at:Home»Media & Content»German gambling market grows by €300 million
By Paul Skeldon on 14 May 2018 Media & Content, News, Uncategorised

This equates to additional biennial earnings of €1 billion compared with 2015. Most of the gambling segments benefited from the overall positive economic development in Germany, however, this varied from segment to segment.

In 2017, betting notched up the strongest level of growth of all the gambling segments with a 17% plus in gross gaming revenue (wagers minus payouts) compared with 2016. In comparison with 2015, the market has grown by 33% in total.

This positive trend is expected to continue. The upcoming 2018 FIFA World Cup in Russia will stimulate additional revenue growth for the 90+ sports betting operators who are active in the German market. Furthermore, the dysfunctional regulatory policies which are still in effect in Germany are continuing to provide favourable operating conditions which are supporting further growth

However, the German lottery segment remains static and gross gaming revenue has fallen by 3%, primarily due to declining ticket sales in the highest grossing 6aus49 lottery game. In addition, the state-owned lotteries are experiencing aggressive competition from online lotteries operating from Malta without a German licence.

Changes in the gaming machines segment

Gaming machines achieved yet another very profitable year, generating a gross gaming revenue of over €7 billion in 2017.

However, significant structural changes in the market are imminent following the introduction of new regulations. Stricter rules governing the total number of gaming halls and the minimum distance allowed between them may lead to a considerable reduction in the number of gaming venues in the medium term. Even though the gaming machine operators have initiated more than 1,000 legal proceedings to stall the implementation of these policies, the strong market growth that has been seen in recent years has now come to a halt. 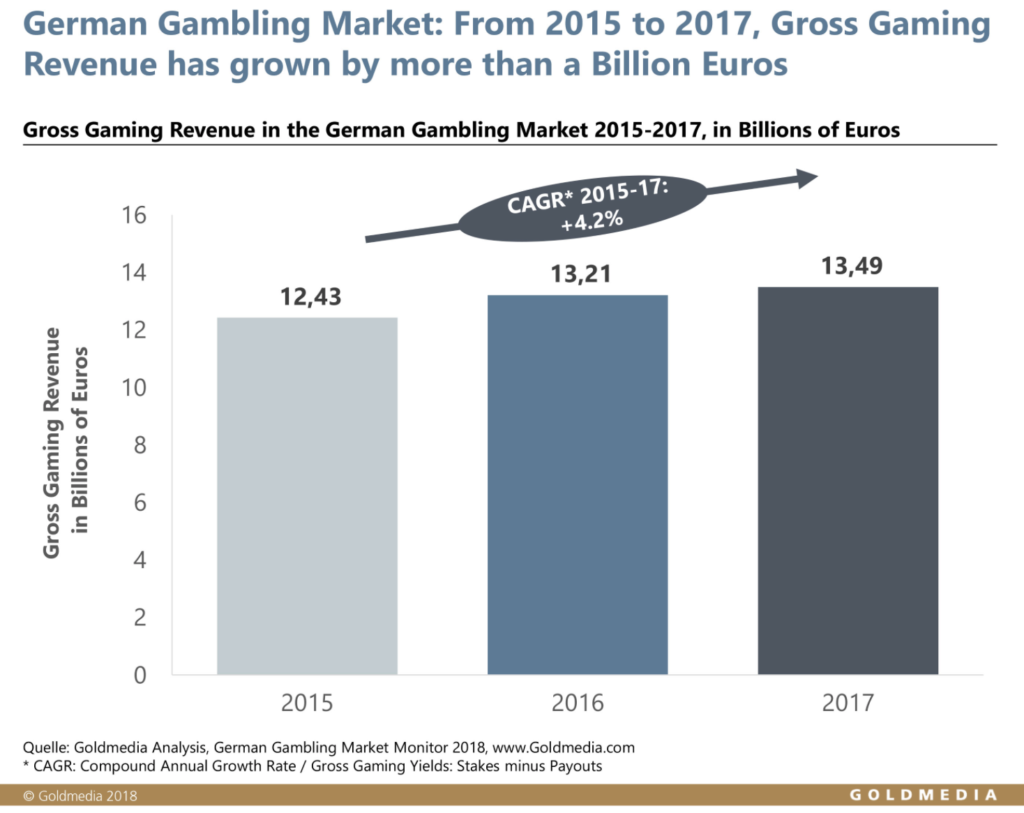