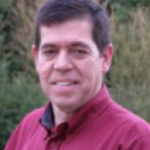 As more people buy things via their phone bill, do we need to gold plate opt-in for the buyer or is this going to lend charge to mobile too much friction? Rory Maguire, Managing Director AIME – and fluent speaker of ‘teenager’ – explains

“Oh my God, I’ve been a victim of fraud” I exclaimed as I poured over the credit card bill and spotted the obvious unrecognised transaction in amongst the regular ones. I use my credit card a lot (one of the few cards that earn loyalty points so it is to be expected) and the regular transactions are train, coffee shops, restaurants and, in rare occasions, clothing. I am after all a man.

The fraud was easy to spot, the transaction taking place in Glasgow where I have not been for several years stood out from the London and Buckinghamshire transactions. How do I find out if it is fraud? Search the internet, speak to the Credit Card company or just fill in the form to say I did not authorise the charge?

Fortunately, I discovered that my local petrol station processed its transactions through its Glasgow head office but that was only by going through my receipts – not normal consumer behaviour. A quick trawl of the internet with the company name and “fraud” added to the search, found other people in the same situation, but they had blogged about their first reaction – and never updated the blog to say “silly me”. Needless to say, the company now has a bad internet reputation through no fault of its own.

It is no surprise then that a mobile consumer, seeing a charge to their bill several weeks after the event from either a shortcode or a direct-to-bill transaction may have the same reaction. Suspect fraud and research the Internet to see if their suspicions are true. The internet can either be a deep font of knowledge or it can be the cliff edge that lemmings use to follow the one before.

The gap between the transaction and the bill where so many memory cells are lost, is shorted by text receipting. “Thank you for buying our widgets” is a nice gesture at the time but not so valuable several weeks later when the bill arrives.

But what if you, the bill payer, are not the one making the transaction? I can imagine the family conversation between Dad and the teenager who has the smartphone under dad’s contract. “Do you know what this charge is?” “No Dad, it must be fraud. Check the internet (if you know how to).” By the way, that was a translation from a series of shoulder shrugs and grunts: I have two teenagers so I know the lingo. Similar conversations also occur between bill payer and spouse, to be fair to teenagers.

The issue of phone user committing bill payer’s money is one that has grown up with the desirability of smartphones. Up to five years ago, parents gave their kids low cost phones and a prepay SIM card with enough money to call home. Now parents have to supply the latest smartphone for their kids to be able to leave the front door and the way to spread the cost is to get one on contract. Gone is the one protection that prevented your children from spending your hard earned.

And so this leads me to the recent phenomenon. Digital Premium rate services in the UK are compliant with the need to inform the consumer of all the relevant information –including price –that would affect the consumers’ decision to purchase. If the service is not running under Payforit scheme that guarantees that relevant information will be available to the consumer at the time of purchase, then they are running with independent “witnessing” of the screen that the consumer saw as they pressed the commitment button.

With this compliant environment, calls (or complaints) to Mobile Operators and to PhonepayPlus are going up, not down, and no one can really put their finger on why.

The problem is that it needs several fingers as many items are at play. Consumers may not be reading the information in front of them, they don’t care as it’s not their phone bill, they did not think they could buy anything with a mobile account, they knowingly used a service, but in the cold light of day (and without the alcoholic haze) have “buyer’s remorse”, there were many items to choose from and the consumer thought that the charge was to cover everything not each item or the service (and importantly the marketing of the service) was too attractive to resist

So does this mean there is now a need to “gold plate” the payment opt-in so that the consumer has to positively agree to be charged to their mobile account? Is this the time to add “friction” to this “frictionless payment” facility and make it harder to transact? The industry is pondering these and many other questions as the environment is evolving from protecting the consumers from bad practice to protecting some consumers from themselves.