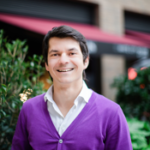 Nikita Septucha, takes a look at how Open Banking is transforming not only payments, but much of the digital world besides

This year started with a considerable bang for Open Banking.

The Open Banking Implementation Entity (OBIE) announced there are now more than five million users of Open Banking-enabled services in the UK. And in January, the UK hit a new milestone for open payments, with over 3.86 million successful transactions processed, which equates to 20,000 more payments processed every day in January than in December.

The Open Banking ecosystem is also rapidly maturing in Europe, supporting a take-off in adoption across the continent.

Konsentus CEO Mike Woods recently remarked: “We’ve historically said the UK is eighteen months to two years ahead of the EEA, but the gap is narrowing. Over the past year, Third Party Provider (TPP) numbers have risen four times faster in the EEA than the UK, with volumes reaching the milestone of one billion monthly API calls”.

Across Europe, we’ve seen API stability and predictability improve significantly in the last few months. While some institutions continue to identify API fixes required on their end, we’re approaching a state where the vast majority of connections are proven. This is the foundation needed to shift from traditional payment methods to faster, more efficient Open Banking-enabled payments.

As an industry, we now need to start having some honest conversations.

Given the present state of the Open Banking ecosystem’s maturity, it’s time to stop talking about connections in terms of the number of bank APIs a provider connects to and instead start talking more about coverage in terms of the breadth and depth of coverage – the quality – that providers can offer.

The number of connections that an Open Banking provider offers, whether it’s to 2,000 banks, 3,000 or 10,000, isn’t the correct gauge for measuring its coverage.

In other words, the common thinking that “the higher the number of connections, the better” demonstrates a significant misunderstanding of European Open Banking.

Replacing it with two simple facts

Not all Open Banking connections are equal.

Firstly, the ‘quantity’ of connections may matter, but only as this reflects a Payment Service Provider (PSP) or gateway’s customer interaction in its key markets.

How can providers bake in better quality?

From what we see across the market, the best providers – the industry leaders – will go to great lengths to ensure the quality of their Open Banking coverage is top class and to drive the highest conversion rates possible.

They will continuously and rigorously test their network of connections and API performance whilst investing in upgrading and maintaining these connections.

It’s important to live test all the accounts made available in each release cycle because, unfortunately, we’ve noticed many sandboxes are a poor representation of what’s available in production. So, before anything is released, a provider should test it in production and be confident the funds are flowing.

There are a number of questions a provider should tick off, given they relate directly to conversion rates. They should determine, for example, whether they have enough insight on whether there is IBAN discrimination in their core markets. While IBAN discrimination is almost non-existent in the Netherlands, it remains a considerable challenge in France and Germany (though France is taking encouraging steps to fight this illegal practice, introducing fines of up to €375,000).

It’s also important to understand all aspects of how individual banks process payments. Take the time to understand each institution’s fraud rules and how they report the statuses of funds because this isn’t straightforward or consistent.

Another consideration is whether SEPA and SEPA Instant work in their markets. We’ve seen examples in France and Spain where some branches of a financial institution support SEPA Instant while others don’t. This level of inconsistency will negatively impact the merchants’ user experience and decision-making. Hopefully, there’s an end in sight to this challenge, with the European Commission preparing to legislate on the matter later this year.

It’s time to shift the dial

With Open Banking fundamentally changing the payments landscape in the UK and Europe, it’s absolutely the right time to shift how we think and talk about connectivity.

Let’s go beyond connectivity as a basic count of banks and measure it appropriately as breadth, depth and quality of Open Banking coverage per country.