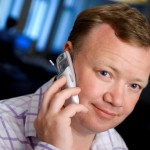 There is talk about consolidation in the mobile industry around the world, and an increasing number of operators will share network. Enabling mobile broadband in rural areas is a related and important issue.

LTE has changed the course of the internet’s development. Companies such as Facebook, Google, Yahoo and others now take a mobile first strategy in new markets. The answer could lie in carrier’s carriers.

A carrier’s carrier is a business model in which an operator with a mobile network serves wholesale customers, such as other operators, ISPs or MVNOs. In markets where many carriers compete, the cost of acquiring customers can be as high 25% of sales.

It follows then that the operator that has a comparative advantage for building and running network may specialize in that skill and go to the market. The process to become a carrier’s carrier is ideally a competitive one, such as an auction.

The operator that can build and run its network most cost-effectively has a comparative advantage in the marketplace. It may make sense for this operator to specialize just in network and let competitors focus on other areas of the business.

Other potential carrier’s carriers include greenfield players that win spectrum as part of the digital dividend, or even smaller operators that would like an alternative future than being part of a consolidation.

The key differentiator in the modern model is that the carrier’s carrier need not compete with players using its infrastructure to serve retail customers. This key difference removes the conflict of interest in service based competition models.

The strand report – How a carrier’s carrier can add value to a mobile market looks at how to solve the challenge of getting internet access to rural areas. It pushes the mobile industry to think outside the box. It also describes the different stakeholders, the business model and its implementation, and how the model can make the mobile industry more efficient.

Consolidation has important benefits including reduced operating expenditures on network operations, reduced capital expenditure with fewer sites (or the removal of redundant sites), reduced marketing costs, and better utilization of spectrum and infrastructure investment. Sales and marketing costs can consume up to 25% of an operator’s revenue, so reducing this line item through a consolidation is an attractive proposition.

Given these cost pressures, the consolidation of the mobile industry can move in one of two directions.

Classic consolidation – In many countries, people talk about consolidating the industry from 4-5 players down to 2-3. However the more long-term realistic figure is just two. Mobile prices have fallen globally for the decade while internet traffic has risen steadily. Increasing the number of players in the market for the sake of having many competitors has not only proved wrong fiscally and economically, but few operators are interested in being the 3rd or 4th player. Mobile operators have only one viable alternative to increase ARPU cost effectively: consolidation. This means merging with or acquiring other operators so that the same opex and capex can be shared over a larger enterprise.

Infrastructure Sharing – Another way to minimize production costs is to share infrastructure. Outsourcing is one model. This is where an external provider performs the same task for several operators, for example an infrastructure equipment provider manages the network as a service for operators. Another form is where two or more operators share the same network, or merge two networks into one. In this way, the sites, tower structures, shelters, power and cooling, as well as backhaul transmission, backhaul fiber, antenna, and site electronics are shared.

Consolidation allows saving on operating expenditure (land rental, electricity etc), manpower to maintain sites, and duplicate infrastructure. In addition decommissioning the redundant sites can enrich the consolidation with cash. The size and scope of the shared network is generally larger than the individual separate networks. Plus the operators get access to a larger geography and leverage the complementary strengths of the other.

Click here to request more information of the report