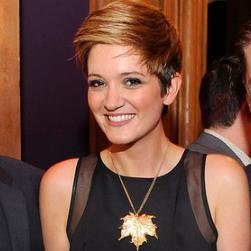 Following Oxygen 8’s Master of Mobile awards at Mobile World Congress, Fern Roberts, Mobile Business Solutions Specialist at Oxygen8, takes a look at what sectors ‘get’ mobile and why

According to Oxygen8’s latest research, the role mobile phones play within our daily lives is changing, dramatically. A recent poll of over 1,000 UK mobile users revealed that voice is now viewed as the 11th most popular service on mobile – with one-third of respondents claiming they no longer use their mobile phone to make a voice call. The traditional voice call popularity has now fallen below services such as weather, navigation and the mobile device’s camera.

It is perhaps not so much a measure of how voice has fallen in popularity, more the rise of the multi-functional smartphone that’s surpassed voice. But as we look to use our smartphones to monitor our heart beat, improve the efficiency of our central heating in our homes, or track the distance of our run, it remains the simplest service of them all, the humble text message, that continues to be the most popular service on mobile, used by over 90% of mobile users.

Between November 2014 and February 2015, almost 8,500 votes were cast by UK mobile users based on their view of the best brand, feature or service on their mobile device. In total, more than 500 individual brands, features and services were nominated in the search to identify the Master of Mobile. Oxygen8 announced the top 20 mobile brands at MWC15 in Barcelona and you can download Oxygen8’s free white paper here

With considerably bigger budgets, it’s not surprising that the world’s biggest brands feature in our Master of Mobile top 20, but if we dissect the results by sector, the clear winner is Banking achieving an impressive 35% of the top 20 brands. Whereas, news, social media and shopping each account for 15% of the top 20.

Not only was the BBC the highest ranked broadcaster, BBC News was the highest standalone news service and BBC Weather the highest branded weather service. All featured within the top 30 with fierce rivals Sky, along with Sky Sports and Sky News outside the top 20, placed 33, 27 and 24 respectively.

Google Maps was the leading maps and navigation branded service and the only provider of its type to feature in the top 50. Perhaps the biggest surprise of all is that travel services of any description did not feature in the top 50. When we consider the poor health (i.e. congestion and delays) of the UK’s road and rail network this was remarkable. In fact, National Rail was the highest placed in 70th, closely followed by TfL (71st) and The Trainline (75th). The highest ranking airline was BA in 77th.

The most popular food and drink service on mobile is Domino’s Pizza, however this service was not voted as a priority for UK mobile users as it was just outside the top 50, and the only provider in its category to make the top 100.

Noticeably the automotive industry was omitted from the list with BMW only attracting one nomination.
Oxygen8’s latest white paper also includes an in-depth analysis of the three most popular categories on mobile according to UK users: Social Media, Banking and Shopping. Download Oxygen8 group’s free Whitepaper here