New research from musicMagpie reveals how much money some of the most popular free-to-play verses premium games make per minute. Fortnite tops the list, with an eye-watering $3,425 per minute.

Despite releasing nearly 7 years ago, GTAV continues to outperform some newer releases like Apex Legends. Anthem only released the revenue made in its launch month, earning over $100 million from digital revenue alone.

The figures were used to calculate their earnings per minute. Even with EA publicly voicing its disappointment with the games launch earnings, and the games negative reception, Anthem has still made it into the top 5. The Sims 4 placed 17th in the rankings, earning $592 a minute, proving it’s not just shooter and sporting games that make the big bucks. Super Smash Bros.

Ultimate has also been featured in the table for its impressive in-game spend of $510 a minute, but unfortunately, no figures were released in its game revenue, placing the game at the bottom of the table. 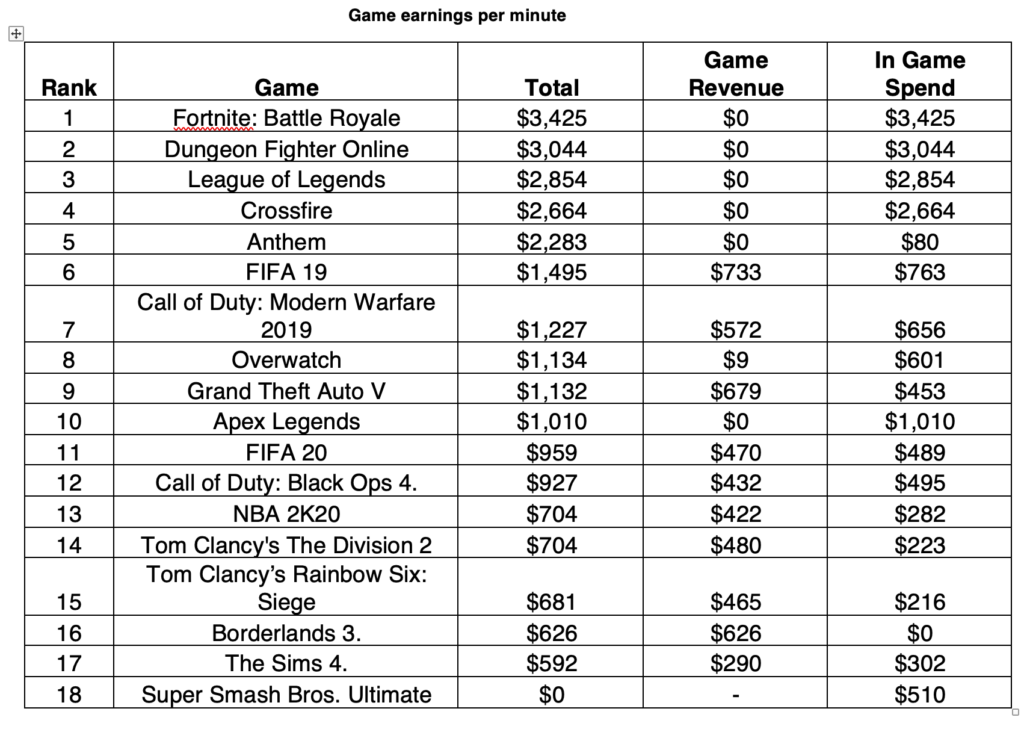 From the openly published 2019 financial reports of some of the world’s biggest games publishers, we were able to see how much they make on average each month from in-game spend alone. Making a staggering $217.3 of net revenue a month, EA came out on top, largely due to its ‘Ultimate Team’ mode across all its games, which is said to contribute to 28% of the publisher’s total net revenue in 2019.