From the end of 2017 to the beginning of 2018, cryptocurrency was making the news headlines on a daily basis. The most dominant of all of these was Bitcoin, a decentralised currency that created a lot of excitement and just as much mystery. The traditional media outlets and just about everyone on social media were talking about the rise of bitcoin, providing regular updates on its exponentially increasing value. 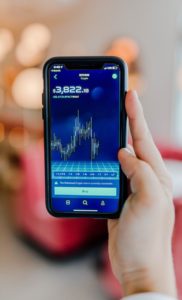 A lot of the increase in bitcoin’s value, and therefore many of the other cryptocurrencies that also experienced astronomical price rises, was down to speculators buying this revolutionary “currency” in the hopes that it would increase further in value.

At the time, some pundits were predicting that bitcoin would increase in value from anywhere between $20,000 and $100,000 per “coin” in just a matter of years. The proceeding frenzy led to trading volumes of around $2 billion per day, as people scrambled to hoard as much bitcoin as they could.

Despite the rising value, bitcoin proved less success as an actual currency. Some major companies did begin accepting the cryptocurrency, including Microsoft and Expedia. However, the former has temporarily paused bitcoin payments on several occasions, and both companies place a number of restrictions and conditions on transactions.

Some other companies have accepted bitcoin for short periods of time, and mostly for promotional purposes. An example of this is the “Bitcoin Bucket”, which was sold by the fast food giant, KFC, in Canada. Aside from this, most retailers do not accept cryptocurrencies because of their complexity, volatility and lack of widespread adoption.

Using an Intermediary to lower the Risk

Most of the businesses that do accept bitcoin and other cryptocurrencies do so via intermediary services that then provide an equivalent in a traditional currency. This can be seen with Expedia, who will accept bitcoin payment via Coinbase, but will only provide refunds in the US dollar value of the transaction. This protects Expedia from the volatility of cryptocurrencies and from fraud.

Due to the complex legal, technical and financial challenges of widespread crypto adoption, the iGaming industry has mostly shunned its use. For example, you will struggle to find any sports betting provider that is offering odds on the masters and also accepting bitcoin.

However, like with retailers, some services do accept cryptocurrencies indirectly through their existing payment methods. One example of this is PokerStars, who accept deposits via Neteller, which supports transactions in bitcoin.

There are several factors that are severely limiting bitcoin’s uptake in the iGaming industry. Firstly, its volatility means that holding on to a cryptocurrency is a significant risk. The most extreme example of this is the fall of bitcoin in late 2017. If customers had deposited $1,000 on 17th December, this would be worth just $302 5 days later. This is a risk that many businesses are not willing to take.

The second factor is a lack of incentive. Whilst there may be many cryptocurrency enthusiasts, the number of customers unwilling to use anything but bitcoin are incredibly small. Most customers will be prepared to use a different payment method if bitcoin is not accepted, and therefore there is little value in accepting it.

Thirdly, bitcoin transactions are slow. A typical debit card transaction completes in less than a second, whilst users of bitcoin can be waiting an hour or more for their transaction to be processed. This is one of the biggest practical limitations of the technology, although it has been addressed by other cryptocurrencies.

Overall, bitcoin and other cryptocurrencies made a lot of noise when they experienced a bubble in late 2017. However, they have failed to live up to their hype, at least so far, and have not become mainstream payment methods.

Few retailers are accepting crypto currencies as payment methods for their goods and services. There are even fewer businesses in the iGaming industry that are allowing their customers to pay this way. The major limitations in bitcoin will most likely prevent it from ever gaining a large presence within iGaming.