?>
You are at:Home»Billing & Payments»Proximity based m-payments still looking for a foothold in UK, but boom in China, study shows
By Paul Skeldon on 11 January 2018 Billing & Payments, News

Mobile payments are becoming more popular in the UK, but it’s still far from mass adoption. So finds eMarketer’s latest proximity mobile payment forecast, which shows that just over 22% of UK smartphone users will use a phone to pay for goods and services at the point of sale (POS) in 2018.

Though double-digit growth will continue through 2020, it will slow throughout the forecast period, dipping to 8.5% by 2021.eMarketer estimates 9.2 million people in the UK will use a mobile phone to pay at the POS this year, and the sector will grow by almost 17%. 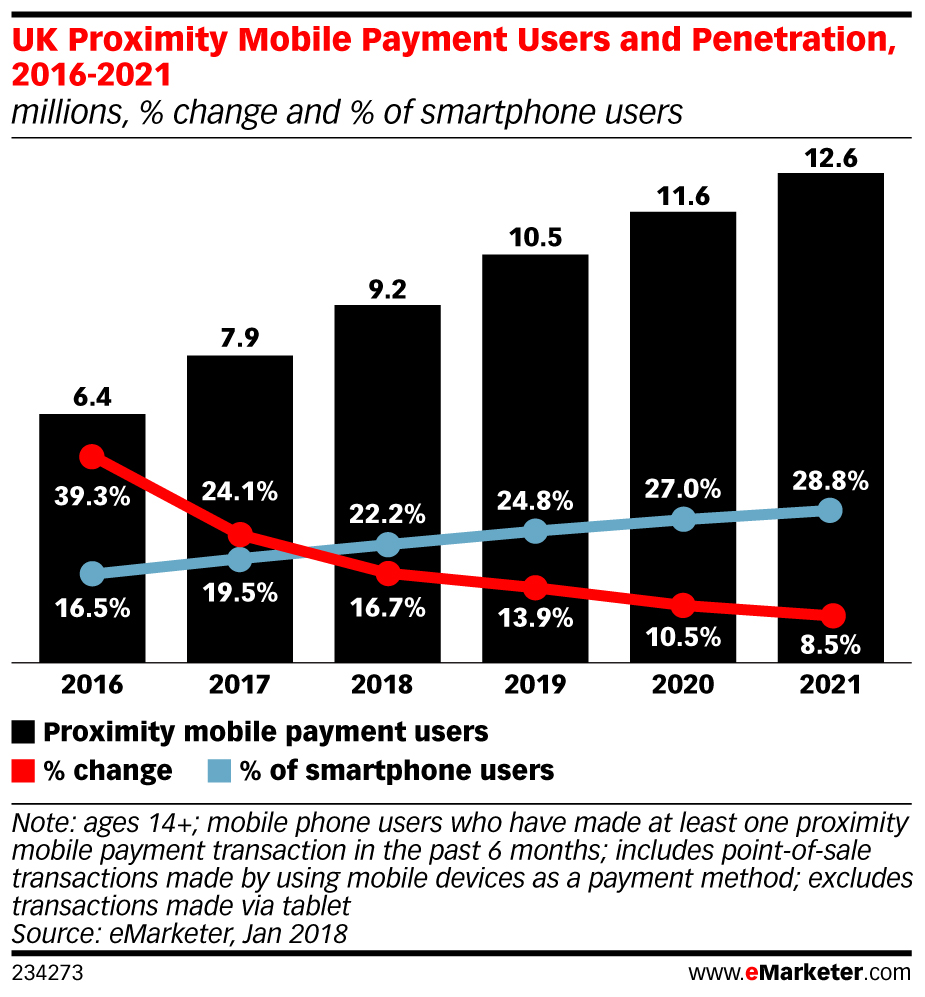 China has the largest mobile proximity payments market in the world, with 77.5% of smartphone users doing so this year. Within Europe, the UK’s smartphone penetration rate will rank behind Norway (23.3%), Sweden (33.8%) and Denmark (38.9%) in 2018.

One reason why the UK is lagging behind may be the proliferation of contactless card technology. Banks in the UK began issuing such cards as early as 2007, while Transport for London’s adoption in 2014 further bolstered consumer usage.

“There’s no doubt that mobile proximity payments are beginning to get a foothold in the UK,” says eMarketer senior analyst Bill Fisher. “But they face some tough competition that just isn’t present in many other countries. Any standard issue bank card in the UK, both debit and credit, now comes with contactless technology as standard. Mobile proximity payment providers need to convince consumers that their tech offers benefits above and beyond this well-entrenched, and incredibly convenient, method of proximity payment.”