According to mobile data and analytics company  App Annie, 2021has shattered ecommerce sale records as the pandemic redefined consumer behaviours and mobile shopping is showing no signs of slowing down.

As consumers increasingly turn to the power of their handheld devices to make purchases, App Annie expects that this holiday shopping season will break new records in time and consumer spend on mobile shopping apps.

According to the US Census Bureau, in Q4 2020, ecommerce sales topped $200 billion. Q2 2021 has already surpassed this number, with nearly $225 Billion in online sales and is expected to continue to accelerate leading into the holiday season.

In direct correlation on mobile shopping habits, App Annie estimates shoppers in the US will spend over 900 million hours in Shopping apps in Q4 2021 — a 20% increase in time spent year over year.

The uptick in mobile usage around the holidays isn’t unique to the United States; the United Kingdom is currently on track to spend over 145 million hours in shopping apps this season — compared to 138 million hours last year.

Lockdowns in Europe around the holidays in 2020 translated to record-breaking time spent on mobile.

This year, while App Annie expects more in-person shopping to be available, it anticipates a 45% bump in time spent in Shopping apps vs. Q4 2019, as mobile remains central to the omnichannel shopping experience, driving contactless payments, loyalty programs and access to in-store benefits. 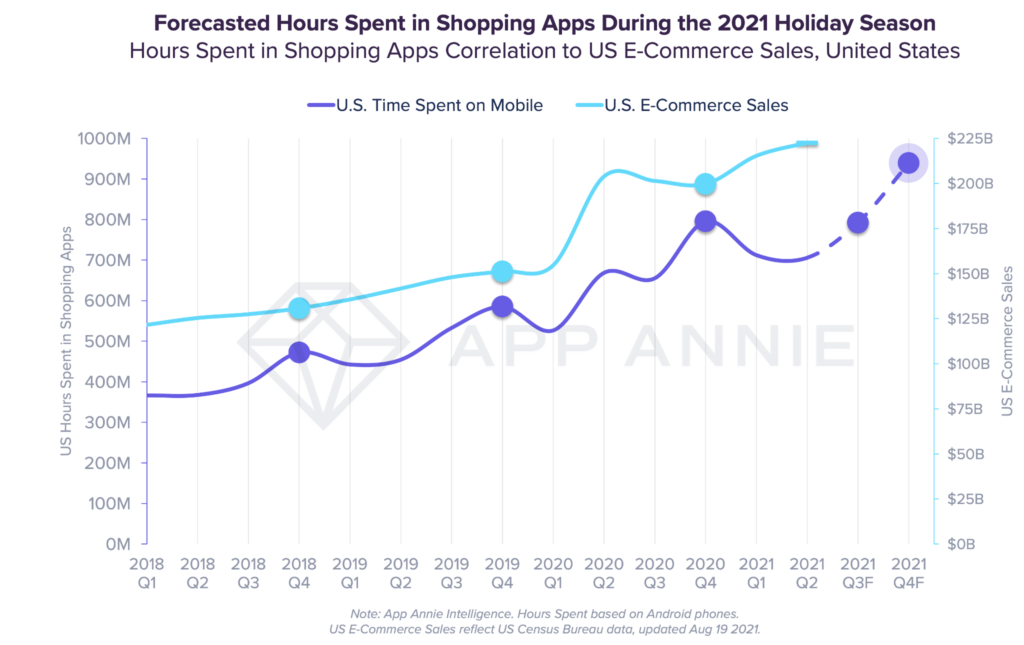 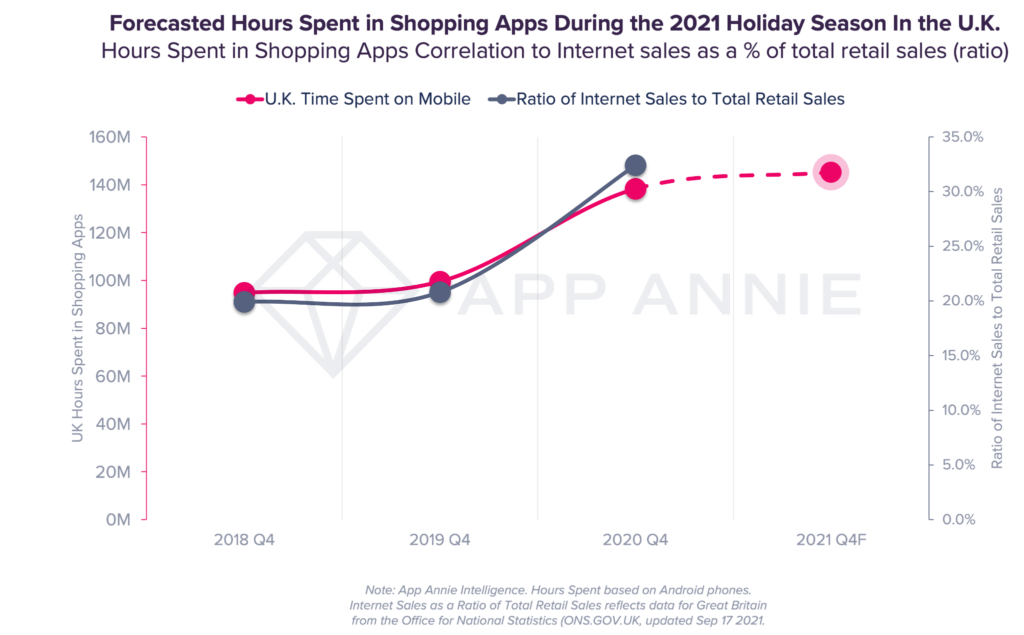 It’s not only major retailers —like Amazon and Walmart—that hold users’ attention on mobile during the holiday season. In fact, the top breakout shopping apps worldwide by downloads this year point to the success of women’s fashion apps including SHEIN, Blush Mark, AliExpress Russia, H&M.

Earlier this year in May 2021, SHEIN even overtook Amazon as the top shopping app worldwide by Google Play and iOS downloads in the United States.

As consumers continue to accelerate spending, buy now, pay later apps are having their moment too. Klarna and Afterpay rank third and fourth among breakout Shopping apps by downloads in the United States. It is important to note that some buy now, pay later apps are listed under the ‘Shopping’ category and some under ‘Finance’ on iOS and Google Play. This analysis was limited to the Shopping category.