Mobile Messaging apps claimed an aggregate audience of more than 5.6 billion users at the end of Q2 2017 – but having a strong video proposition is vital for almost all messaging and social apps.

Media and content companies can face competition from new distribution channels. However, there is also an opportunity to provide content for new platforms to reach a youth audience which is increasingly difficult to target through traditional channels. Video calling is now commonplace for most messaging apps – the new focus is on live broadcasts and group video chat.

“Asian apps including Line, Kakao and WeChat have some of the most advanced messaging app video platforms and business models,” says Jun Wen Woo, video and mobile media analyst, IHS Markit. “As with other messaging app services, Western companies are often followers, not leaders. Japan-based app Line made video one of its three strategic priorities along with AI and connectivity in 2017. The increasing diversity of video products and services provided by messaging apps means monetisation strategies must also adapt to different video formats.”

Facebook’s new “Watch” feature underscores the importance of video to drive both engagement and revenues. It is different for WhatsApp, which will instead continue to focus on communications with monetisation coming through enterprise services for businesses to connect with users rather than traditional advertising or video content.

“Social and messaging apps are investing in original mobile video content,” adds  Jack Kent, research director, platforms, operators & media, IHS Markit. “Snap signed deals with US studios to produce original short form content. In Thailand, Line is involved in the production for over 70 percent of its content on Line TV.” 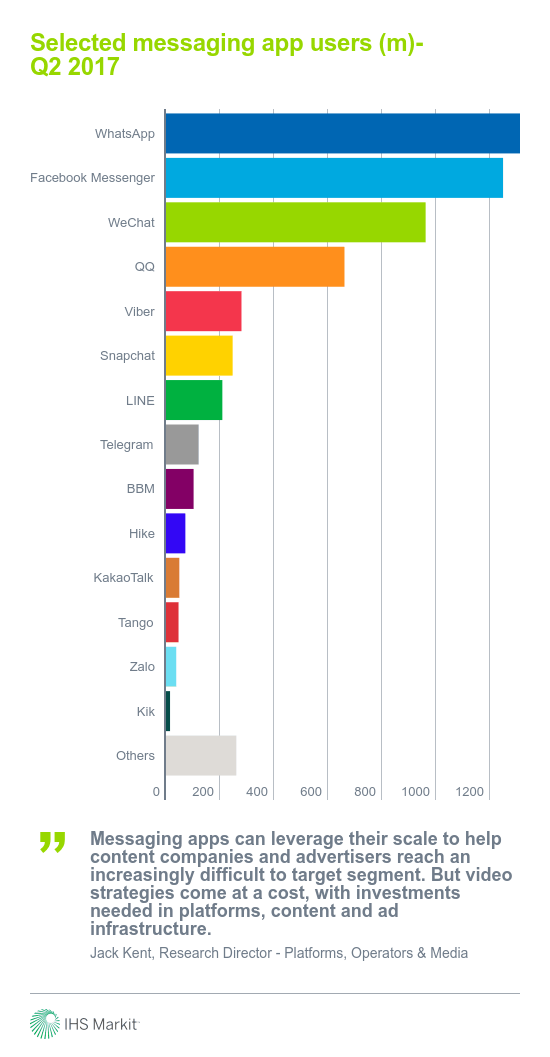 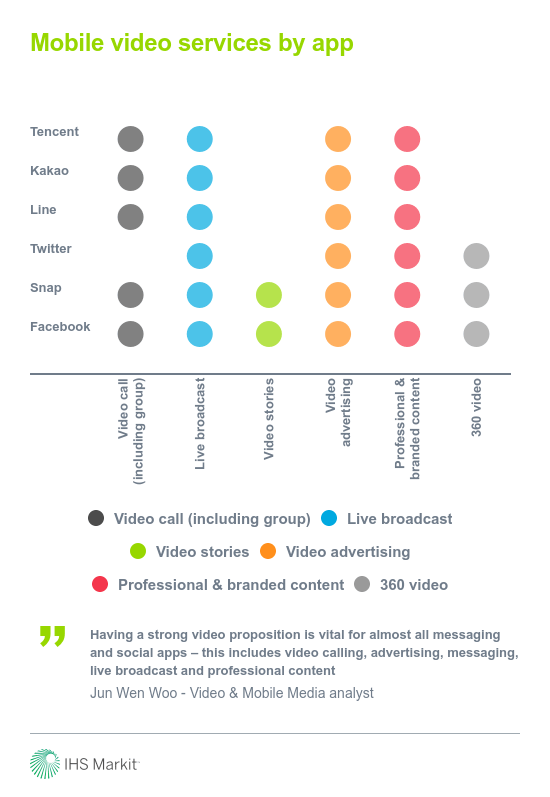