?>
You are at:Home»Media & Content»Mobile and PC neck and neck for consuming media – leaving TV in the dust
By Paul Skeldon on 31 May 2016 Media & Content, Platforms & Technology, News, Content, Devices, Media

Mobile is now neck and neck with PCs – and both are ahead of TV and print – when it comes to consuming media content and a third of millennials use their phones to consume 50% or more of their daily media.

So finds a study by Apteligent, which suggests that on a ranking scale, mobile and PCs score 2.87 and 2.95 respectively, while TV scores 2.4 and print just 1.86.

According to the study 81% of all users – and 93% of millennials – would consumer more media through their mobiles if the channels they were interested in had a strong mobile offering, while 26% of them would choose one media outlet over another if it had superior mobile qualities.

So what are people doing with their devices? The number one media consumption act on mobile is reading the news – political, sports and entertainment – while listening to music comes a close second.

Third is reading miscellaneous content while four is watching content through an aggregator such as Netflix or YouTube. Fifth is watching specific TV shows and events.

When it comes to media apps, people’s top complaints are about lack of speed closely followed by complexity to use or poor user experience, especially compared to a website.

Check out the handy infographic below: 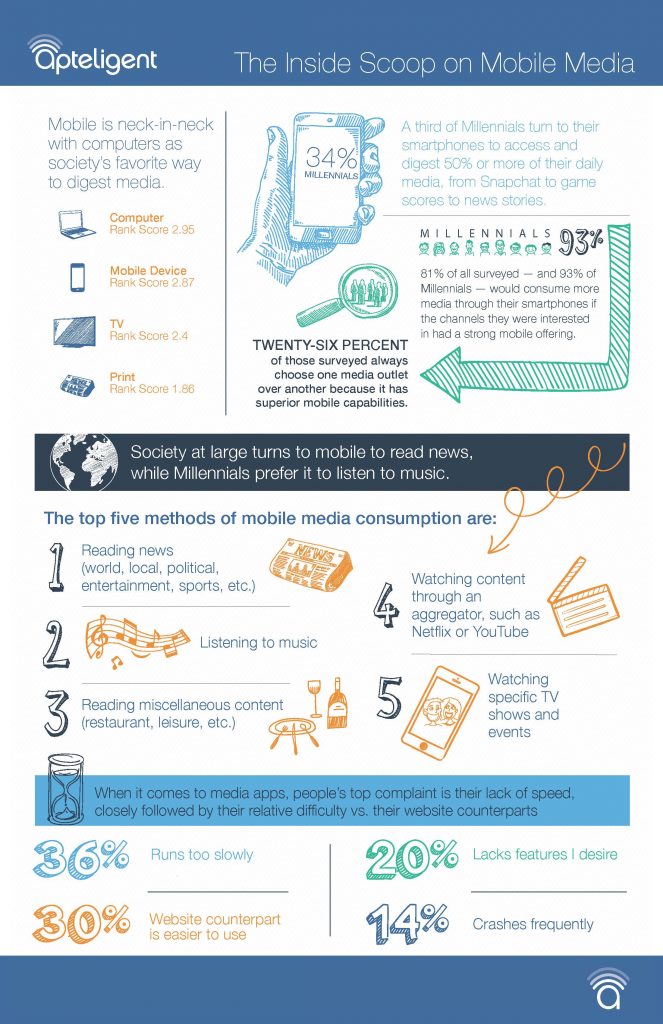