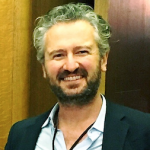 When we were kids we organsied our lives using the phone, these days it is all done through messaging: messaging is the new voice. And where there are many OTT services, SMS still has a role to play. Oisin Lunny took part in the MoNage Messaging in the Net Age conference in Boston and has some sage words to share

Jeff Pulver knows a thing or two about modern communications. As the founder of Vonage Jeff is widely acknowledged as “the man who saved the voice telephony industry”. Twenty years after his innovations global mobile carriers are using the same groundbreaking voice over IP (VoIP) technology,and apps like Skype and Apple Facetime are second nature to most of us.

Jeff was a shy teen who found a world of friends by using ham radio. His eureka moment came when he realized how technology could connect him with people all over the world. His primary motivation, to this day, is to connect good people and bring them together.

After his initial success with Vonage, Jeff perused his love of “midwifing serendipity” by organizing conferences, wherever his passions and interests took him, be that VoIP, online video, podcasting or Twitter (140 conf). Jeff also helped startups with mentoring and his own cash. This fact was acknowledged in Boston last month at Jeff’s latest conference MoNage “The Age Of Messaging On The Net”.

Jeff’s former protégé and early investee, Jack Dorsey the founder of Twitter, spoke about their early days. Jack and his team of seven people built Twitter in two weeks, using SMS and Ruby On Rails. “To begin with we weren’t solving anyone’s problem other than our own, Twitter solved our need for a messaging system, and so we kept building and inviting tech friends.”

This time we had gathered to talk about the rise of messaging as a primary global communication channel, particularly for the highly valued millennial generation. In contrast to many of the speakers, myself included, who used a telephone to organize their lives as teenagers, today’s kids prefer to use messaging for most of their interactions, for example SMS or Over-The-Top (OTT) apps like WhatsApp. As MoNage speaker Jon Arnold put it “Messaging is the new voice”. Jeff elaborated, “Where voice was the dominant mode of real time communications for a century. Messaging is now, once again, becoming the dominant mode of communication.”

But why text? And why now? It is not new technology but our global fixation with it is. SMS text messaging has a global install base of between four and six billion, depending on which analyst one listens to. Either way it works instantly and seamlessly on every mobile device on the planet, with no installs or user training needed.

While we reached saturation point for mobile devices some time ago, we have only recently peaked in terms of app adoption. According to Nomura research the “app boom” is over, with US downloads declining 20% year on year. Indeed, globally the story of apps is largely the story of messaging; according to KCPB’s Mary Meeker six of the top ten apps globally are messaging apps. Business Insider echoed this by identifying that messaging app usage overtook social media usage on mobile devices in 2015.

But where does that leave the sophisticated mobile-first consumer? Ad-blind and app-fatigued. Advertisers have been using spray-and-prey broadcasting methods, while many brands have been offering a “destination” app rather then dovetailing with consumers’ high customer experience (CX) expectations. But behaviors are changing; in the US you can now register to vote with a text message. Companies and governments alike are engaging with consumers where they are, in messaging apps or by using the ubiquitous text-messaging channel.

Yair predicted that apps will disappear completely, and the main communication channel will be messaging, citing SMS as “the most effective way to communicate with customers.” Rehab Studios Tim Rogers put this broad trend in blunt perspective “The average US consumer downloads zero apps per month, so good luck if you are building an app!”

OTT apps like WeChat, WhatsApp and Line prefer the walled garden approach, working on the presumption that walled gardens are fun, safe places where you get stuff like end-to-end encryption and cool animated stickers.

However, one OTT app identity is separate to your other OTT app identities, and there is a lack of a central directory such as the “phonebooks” of recent decades. Matthew Hodgson CEO of innovative open standards startup Matrix.org, explained “It’s all very well having end to end encryption, but do you actually know who you are talking to?”

Dan York from The Internet Society suggested that Facebook might hold become the worlds directory for messaging apps, as a third of the worlds population are using the platform. However when Dan asked the MoNage audience “Does anyone pay for Facebook? What does it cost you?” someone quickly answered “Your life!”

Alan Duric, CTO of secure OTT messaging app Wire put it another way “Free is the most expensive business model.” Alan illustrated this by talking about a close family member and the degree to which their every movement and digital interaction was being tracked via their smartphone.

Matthew Hodgson later argued that messaging apps should be open, and not walled gardens; “The Internet is the most interesting thing that has happened to humanity, and it’s all about interoperability!” Amandine LePepe, CTO of RiotChat, an app built on top of Matrix, called for a User Interface (UI) revolution; “For 20 years the UI of messaging tools have barely changed despite the amazing brokenness of an endless list of rooms. How can we apply tools like Artificial Intelligence (AI) to help people getting back online easily, while not getting into a full profiling nightmare á-la-Facebook? Now is the time to shape the future.”

AI and chatbots were another hot topic vexing the industry. Speaker Bob Frankston demonstrated that chatbots are nothing new, the first chatbot was launched in 1966, but they are finding a new lease of life as we transition to Yair Goldfinger’s post-app economy. SHIFT Communications’ VP Christopher Penn illustrated how AI and machine learning are the only ways brands will ever scale to handle five billion online users. But we are at the beginning of this evolution according to Erick Schonfeld “People expect Iron Man’s Jarvis when talking to a bot, but we are still at the Furby stage.”

So, we have indeed moved into this the age of messaging, and it feels like we are at the beginning of its next stage of evolution. While person-to-person interactions seem to be shifting to a wide range of innovative OTT apps, effectively forming ad-hoc social networks with ecommerce benefits, SMS looks to be an increasingly useful tool for enterprises to connect with the modern consumer. Nneka Chiazor, the VP of Public Policy & Government Affairs at Verizon, put the resurgence of SMS into perspective in one of the closing MoNage panels “If you think SMS is dead you are dead wrong. It will be a $50 billion dollar market by 2050.”

Here’s to the next stage of our Age Of Messaging!

Oisin Lunny is a writer and musician specializing in mobile tech see www.oisinlunny.com