?>
You are at:Home»Media & Content»OPINION Google acknowledges the mobile web is broken
By Paul Skeldon on 12 October 2015 Media & Content, News, Media 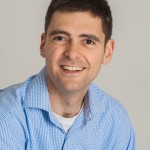 AMP arrived from Google supported by some of the most prestigious names in publishing and technology. Google’s introductory blog states “Publishers around the world use the mobile web to reach these readers, but the experience can often leave a lot to be desired. Every time a webpage takes too long to load, they lose a reader – and the opportunity to earn revenue”. Brands like the BBC, The Guardian, The Wall Street Journal, Twitter, LinkedIn and WordPress are all involved with AMP.

What this statement implies, supported by the authoritative voices in publishing and technology, is that the mobile web is broken from a revenue perspective. While mobile web usage continues to grow, its significance as a revenue stream is diminished by poor user experience.

This is a significant wake up call. The companies mentioned have a profit incentive to make the mobile web work. It is reasonable to assume they have already deployed the best technology, the best brains, the fastest service providers, the right web standards and designs. The arrival of AMP tells us all of this was not good enough.

This statement also implies mobile network operators and handset vendors have failed. Again it is reasonable to assume such companies have already deployed the fastest mobile technology available. It was not good enough, so we need AMP to make the mobile web work.

How did this happen?

Five years earlier Ethan Marcotte coined the phrase “Responsive Web Design”. Many web professionals embraced the new approach and sold their business colleagues and customers on the benefits. Fortunes were invested following this new fashion, throwing away the old to replace it with the new responsive web site which supposedly worked on any device. When measured by revenue it is now acknowledged this didn’t work.

The BBC is one example of a web site that made the move. In March 2015 the news division adopted a new responsive website for all devices. Reasons for the change included maintaining a “single codebase”. The BBC now acknowledges moving to AMP will mean “pages on mobiles will load much quicker” and it looks like the BBC is rethinking its approach to mobile.

AMP pages must be maintained, requiring a new set of skills in addition to existing responsive techniques. Some existing techniques and their philosophies behind them look set to be un-learned.

As things stand AMP is targeted specifically and only at static pages. Businesses with dynamic or personalised websites, such as a retailer, which suffer the same revenue problems acknowledged by Google must seek other solutions. Rather than lost advertising or subscriber revenue they miss out on sales.

Device detection, where the web site adapts to the characteristics of the accessing device is a popular solution used by many forward thinking companies to improve on responsive techniques. Proper device detection designed in this decade for the modern web is fast, accurate, improves productivity, fits seamlessly into existing web site infrastructure, complements standards, and most importantly is proven to deliver revenue benefits. Device detection intelligence plays nicely with AMP components making AMP better for those that choose to use it. Accurate device detection needs to be maintained by a professional organisation and isn’t the same as “browser sniffing” which rightly has attracted criticism for inaccuracy and fragility.

Whatever happens next there is no denying that the need for AMP proves the “one responsive web page for all devices” doctrine of the last five years didn’t work when measured from a revenue perspective.