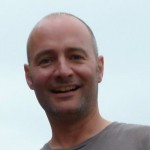 2015 is a big year for PRS: regulation is hitting it from all sides. And the industry has to rise to the challenge and play its part to make sure it gets the regulation it needs, not what is forced upon it. Toby Padgham, Director, Monitoring Compliance Partners (MCP) and Executive Director, AIME, explains

Every few years the premium rate services (PRS) industry seems to reach a cross roads and 2015 appears to be just such a year. Things usually come to a head when technology convergence and commercial opportunity create space for the keen business to grab market share, only for regulation to catch up ‘with appropriate and proportionate regulation’.

Regulation should create the framework for continued business growth and provide a necessary level of protection for consumers, but all too often it is viewed as an unnecessary cost to business. So what approach should Industry take to ensure we have a good platform for regulation and business growth?

More than ever, the industry has to be aware of the macro-regulatory environment, because PRS straddles both communications and payments regulation and there appears to be an increasing amount of EU driven directives to address a landscape that is difficult to govern. If these are not considered at an early stage by industry then there can be unintended consequences, which become enshrined in law and implemented through regulation, such as the Payment Services Directive (PSD2 exemption clauses). These rules eventually drip feed down to the microcosm of the payments world, the PRS Industry.

Such regulatory developments raise questions about the economics of current business models and sustainability of the market structures for which regulation is intended and 2015 is a Big Year!

And 2015 is a big year because there’s unprecedented regulatory change in the number, speed and nature of regulatory forces touching PRS – their complexity and interplay – PSD 2, E-Money 2, CCR, Ofcom NGCS, PPP Code etc. Technically, implementation of some of these rules are pre- and post-2015, but they remain a conscious business consideration now, and to many an absolute headache of acronyms.

In addition, premium rate as a payment mechanic is increasingly becoming detached from the traditional service designed around the handset, to compete alongside other micropayment mechanics which serve a broader content/service space. This creates a debate around who regulates – FCA (financial) or Ofcom/PPP (Comms)? We should have a new Comms Act now but all has gone quiet since the shelving of the DCMS Green Paper in 2012. Should we even be discussing a ‘Premium Rate Industry’, isn’t it purely a payment mechanic? To a certain extent we’re in limbo waiting for someone else to lead.

So, back to my question and what you should do to ensure money is invested wisely in regulation and your interests are protected.

As a single business, you can’t hope to carry significant influence over how European and national regulations are implemented and what may trickle down to PRS regulations. You should be aware of any impact – including unintentional impact – at a drafting stage and lobby with a collective to ensure they are appropriate, proportionate and can create the necessary framework for business growth.

A great example of success, is the collective membership influence brought to bear by AIME, liaising with Mobile Broadband Group and PhonepayPlus, and lobbying multiple European trade bodies and regulators to understand the potential impact of the withdrawal or narrowing of the limited network exemption (essentially exempting PRS) from full financial regulation.

Then working closely with the UK Treasury to continue the lobby, it looks like a good result with how the exemptions are now drafted. If this hadn’t been the case, we could be closing the door on most of the PRS infrastructure and services very soon.

In the UK there are 7 regulatory bodies whose rules have a bearing on PRS. As previously stated, financial (FCA) and communications (Ofcom) regulation are at a cross roads on who takes the lead on micro-payments – both sets likely to be updated under the new parliament. This may have a massive impact on your business but of a more immediate need is strong representation at a more local PRS level where rule making seems to be becoming even more complex. So, if the collective market doesn’t join together and invest in its future – you may as well pack up and go home.

We all talk about how regulation needs to be tech neutral, principles based, outcome etc, but the reality appears to be that, as PPP moves further towards outcome, MNO Rules become more detailed and complex, overlapping between themselves (MNO Codes, Payforit, Subs Code). MNOs have a tricky job of balancing their bigger corporate customer satisfaction objectives with maintaining revenues.

We are at a point where traditional PRS revenues have shrunk, but yet in an age where consumers love a good bet and also love a good rant afterwards, the comms channels today throw their doors open to more complaints from customers not entirely satisfied (some with good reason, others not). Not good when forward thinking Industry looks to the future of charge to mobile as a significant opportunity for convenience / low cost purchases alongside other mainstream payment mechanics.

The call here is for principles led rules, with a core build upon basics such as Consumer Contract Regulations (CCR). The consideration for MNOs is whether they split services and how they’re regulated – new charge to mobile services based on principles and more prescriptive rules for traditional services, where the potential for consumer risk may be deemed higher.

Whatever the best way ahead, market players need to invest and have their voice heard, not just through AIME membership or other counsel, but with their own time to respond to PPP and MNO consultation on rules. We need proportionate rules, well thought out, not rushed through – but most importantly consistently applied. It also requires good ethics and responsibilities from merchants to follow principles, rather than working around rules.

In summary, whether it is tackling more local PRS Rules or the macro regulations that shape the regulatory framework to do business in, we need a level of investment from companies and individuals. No longer can a company just focus on making money, but with some investment in regulation and representation they can alleviate some of the rules pain with the knowledge they have a good support structure for doing business. Every company has a part to play:

With the right rule framework and with some of your time and a limited amount of money, we will have a better platform for market growth and can focus on wider issues to create a sustainable business environment.