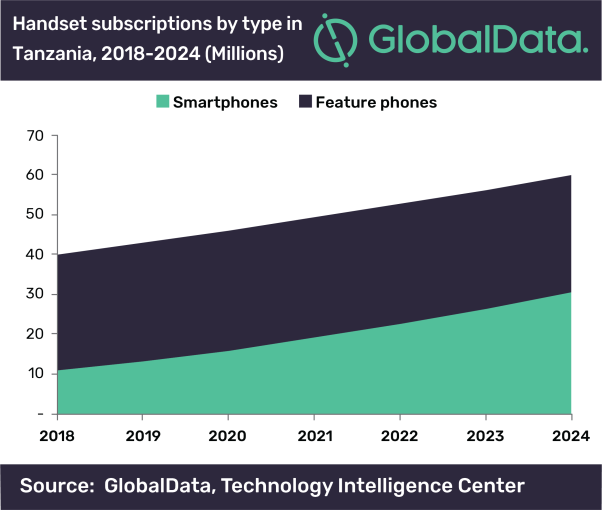 Lorenzo Solazzo, Technology Analyst at GlobalData, comments: “This smartphone growth is largely driven by increasing 3G and 4G network deployments by mobile operators such as Vodacom and Tigo. For instance, Vodacom added more than 300 4G sites, covering 23% of the population, and added more than 190 3G sites, reaching 52% of the population in 2018.