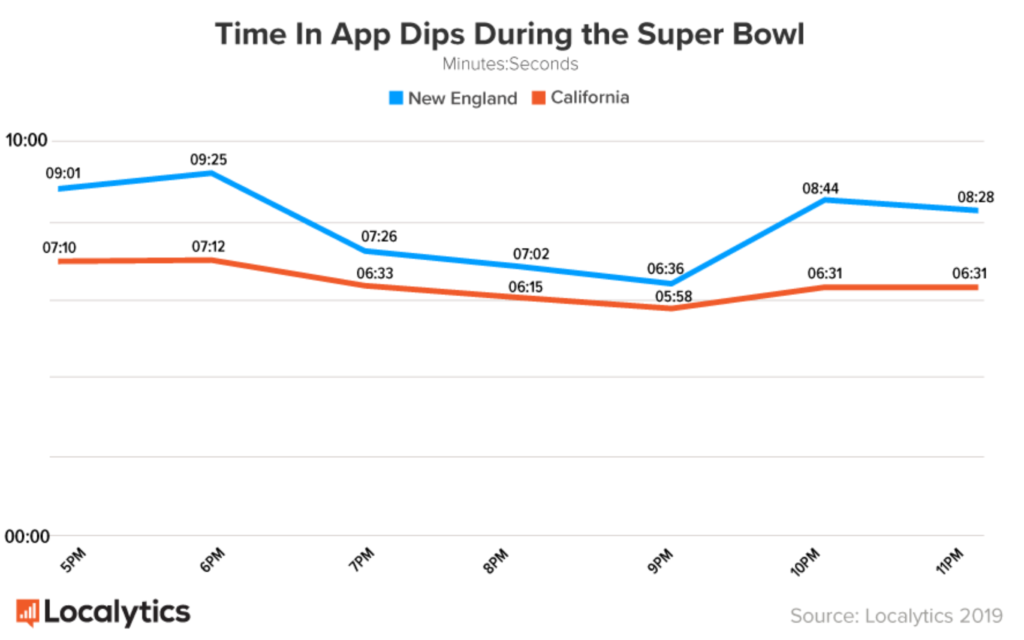 Looking at the chart, the halftime show did not succeed in driving much mobile engagement this year. It seems like the Super Bowl did generate some though, particularly near the beginning and end of the game. New England fans were more engaged during the Super Bowl, especially near the end, having spent 34% more time in apps sharing stories on social media, reviewing player statistics, and watching replays in streaming apps.