Increasing smartphone use, coupled with access to mobile broadband has seen the viability and availability of alternative payment methods, including mobile wallets, boom in the LatAm region.

So says the latest research report from DOCOMO– which you can download for free – which goes on to show how consumers in the region are making more traditional purchases online, as well as creating a vibrant market for digital content and value added services, such as video, music, dating and other apps.

The report observes that ecommerce purchases in Latin America are largely routed through mobile phones as compared to desktops. The top two daily activities on mobile are using banking services and reading reviews, says the study.

However, the preferred mode of payment in the region is cash. This is largely due to low penetration of cards, as well as a dearth of Point of Sale (PoS) systems at transaction points.

Having infrastructure network that allows card payments is a crucial factor to grow digital commerce, says the report.

The sector that tops the digital purchases market in LatAm is travel. The opportunities for digital commerce are immense, says the study, with the population of the region is willing to spend.

Separately, given the level of smartphone penetration and growing awareness, digital payments in the LatAm region may even skip the traditional route of increased card transactions and move directly to e-wallets, says DOCOMO. 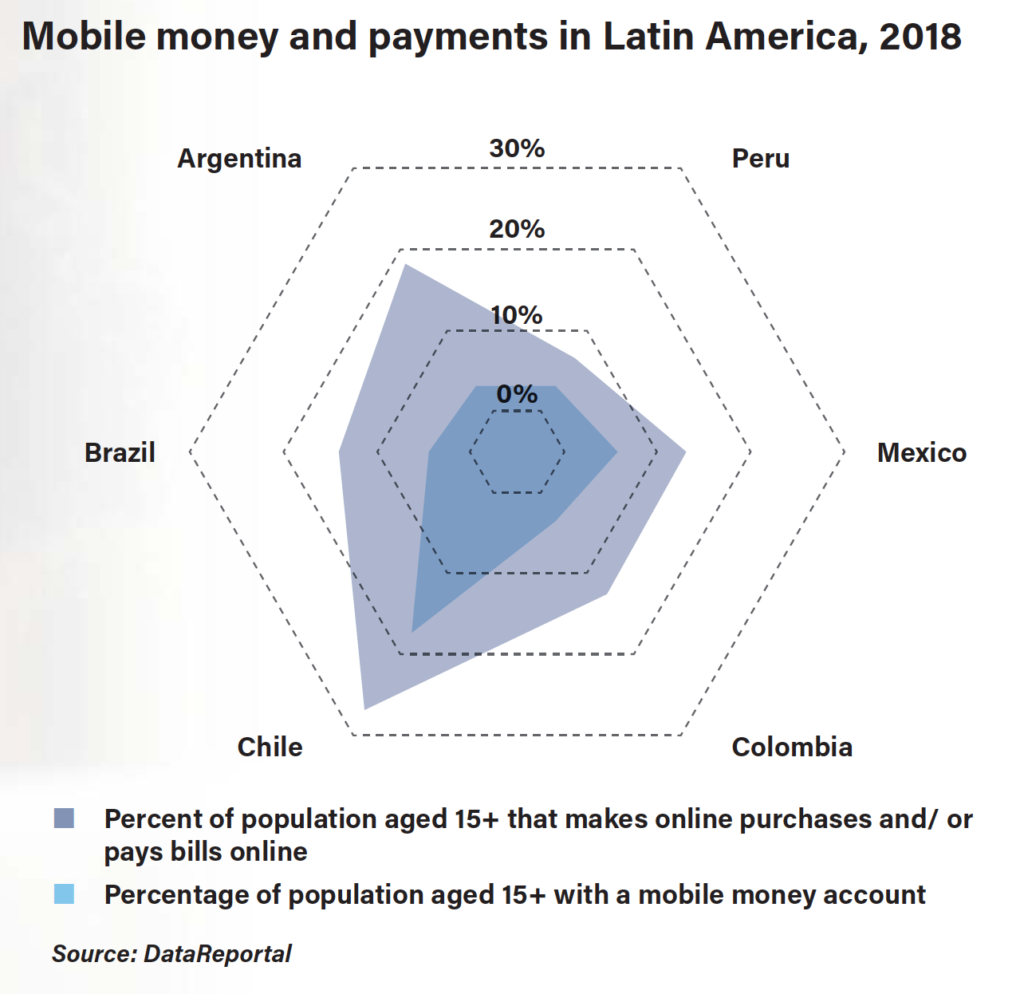 The payments ecosystem is becoming more established, with its growth being driven by mobile money providers.

Meanwhile, the number of registered mobile money accounts in Latin America increased to 27 million in 2018 from 23.5 million in 2017 – an increase of 14.7% and the total value of mobile money transactions in 2018 stood at US$945 million, marginally lower than the US$1billion recorded in 2017.

A number of mobile money providers in LatAm are now offering smartphone apps and they are seeing an increasing number of transactions being performed through these apps.