It has been something of a mobile World Cup. Ogury, the world’s leading mobile data company, has released its FIFA World Cup study 2018 – an analysis of how 2.1 million smartphone users consumed news and information during this summer’s football world cup. The data was collected between 6 June to 12 July from across the Ogury network in the UK, France, Russia, Brazil, Germany, Spain and Italy.

Football mania across the UK 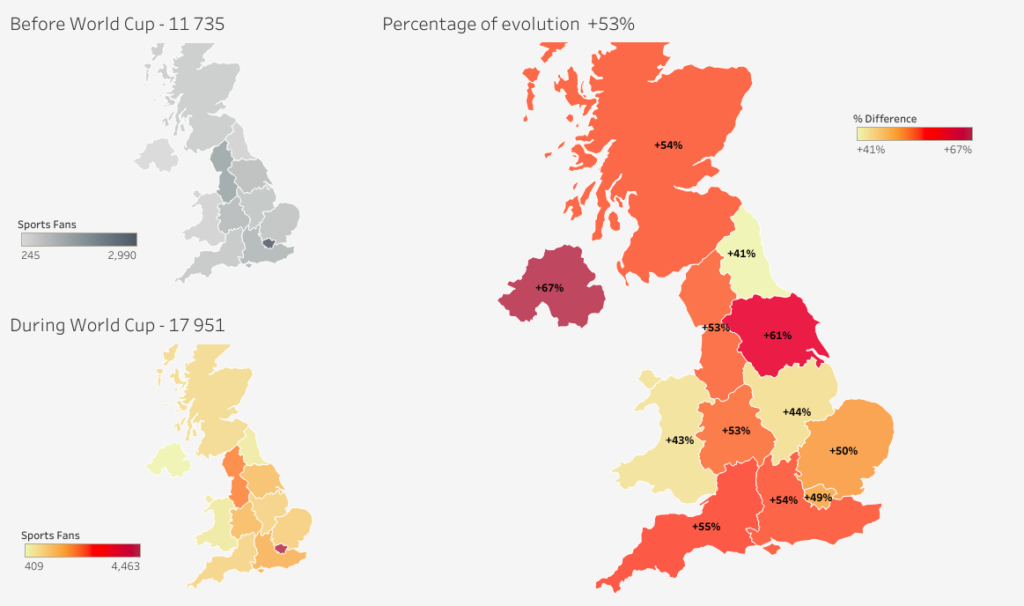 Between the 14 June and 12 July, the study revealed a 53% overall increase in ‘football fans’ during the World Cup in the UK, with variation across the different regions. In England, the highest growth was in Yorkshire, with a 61% increase. This effect may be attributed to the strong Yorkshire contingent within the England national football team, with players like John Stones, Harry Maguire, Kyle Walker and Jamie Vardy all hailing from the UK’s largest county.

The South West (55%), South East (54%), the North West (53%) and West Midlands (53%) all saw significant increases in ‘football fans’. However, the largest overall increase in the UK was Northern Ireland, where numbers increased by 67%.

Despite not making it to the World Cup finals, the competition was still very popular in Scotland, where new ‘football fan’ numbers increased by 54%. Wales was enthusiastic but slightly less so, with a 43% increase.

In addition to the region-specific data, the study was also able to explore the different demographic changes, finding that female interest in football increased by 41% compared to just 24% in males. However, female fans made up just 3% of the total volume of fans by gender.

Top sports apps and sites across the UK and globally

In the UK, SkySports was by far the most popular choice of sports app, with 39% of the share of visits from all apps in the top 10. This was followed by BBC News Online with 26%. Of the top 10 websites, sportinglife.com took the lion’s share of 43%, with skysports.com (36%) claiming the second spot. 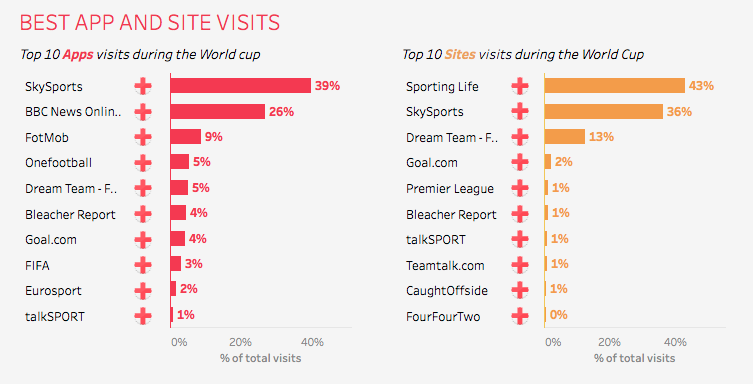 Globally, there was a very different list of top 10 sports apps, with French newspaper L’equipe claiming the top spot. This was followed by Spanish sports outlet MARCA as well as Italian publication Calcio in Diretta. Ninth-placed SkySports was the only English language app on the list.

The list of websites was dominated by Italian outlets, including La Gazzetta Dello Sport and Diretta in first and second place, respectively. France’s L’equipe claimed the third sport, but rather interestingly there were no English language websites in the top 10. 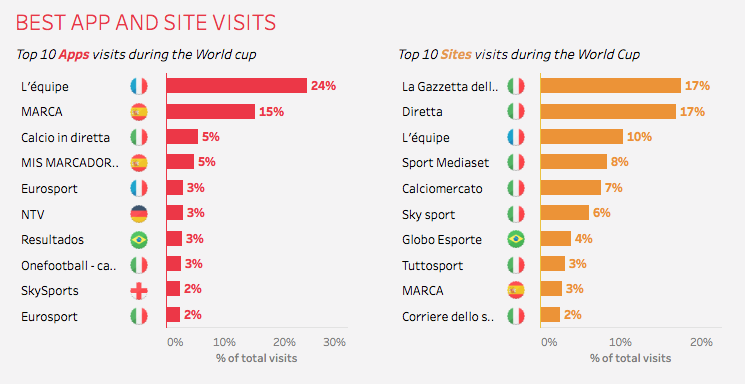 Christophe Bize, VP Data & Mobile Analytics at Ogury, commented: “It’s fascinating to see how mobile user behaviour can help measure the ‘World Cup effect’, breaking down the increase in football fans by region, demographic, and the various means through which mobile media is consumed. Football mania has been a well-documented phenomenon during this World Cup, particularly in England where, as our study helps to show, football may not have ‘come home’ but it did inspire a nation.”