Since the opening ceremony in Tokyo on 23 July, Olympic-related apps have seen significant bumps in downloads, as fans from around the world tune in to cheer on their home country.

According to App Annie, the leading mobile data and analytics company, streaming apps with rights to the Olympics saw up to a 1305% bump in downloads during the first week of the Games.

The Olympics have traditionally drawn large crowds of spectators. The 2016 Games in Rio de Janeiro drew over 500,000 in-person spectators and an average of 27.5 million primetime viewers in the United States alone.

Since no fans are allowed in the stadiums this year, App Annie expects usage on Olympic-related apps, like the official IOC Olympics app and Peacock (with exclusive streaming rights in the US) to be on the rise.

On the podium – the countries that saw the highest growth in downloads of the Olympic app are: 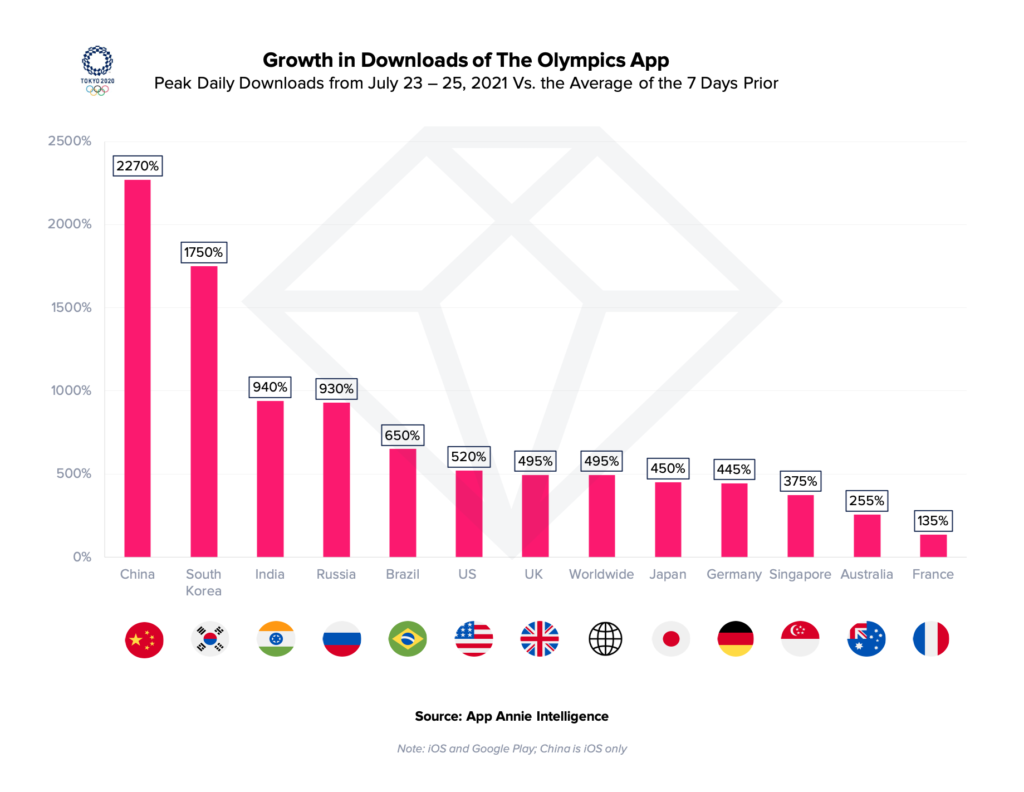 Over the last 2 months. the IOC 2020 Olympics app has seen a steady rise up the downloads rankings as the world gears up for the Games, with the biggest surge to date on Sunday July 25, 2021 at 325,000 daily downloads. 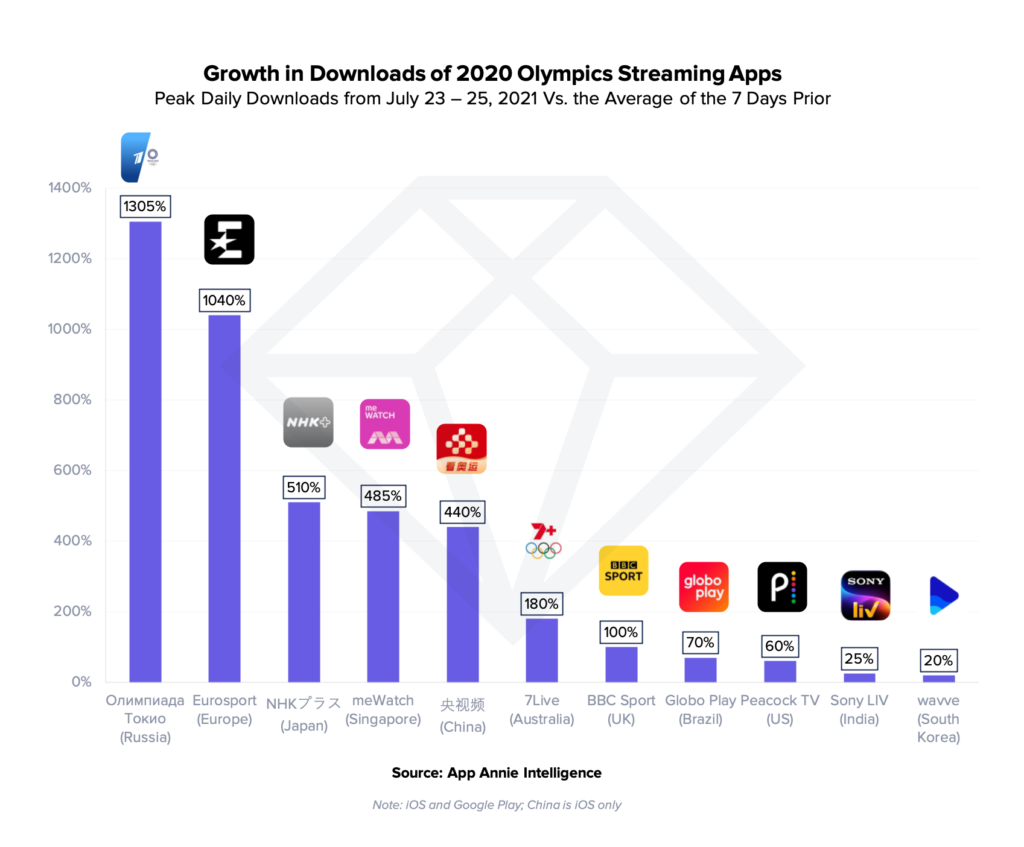 Since the opening ceremony, downloads of the Eurosport app in Europe increased 1040%, while in the United Kingdom, BBC Sport saw a 100% jump in new downloads.

“The 2020 Tokyo Olympics are games like no other,” says Lexi Sydow, Head of Market Insights, App Annie. “With Covid restrictions in place and fans barred from the stadiums, the need for mobile apps to stay connected with favorite athletes and watch competitions has skyrocketed. Streaming apps have been a fan favorite with significant jumps in downloads — in the first few days, we’ve seen Peacock TV downloads surge 60% in the US, Eurospot grow 1040% in Europe and NHKプラス grow 510% in Japan. The Olympics are a tentpole event that drive meaningful engagement with consumers around the world — and mobile is at the heart of engagement, this year more than ever.”

With mobile apps at the centre of the Olympic Games this year, broadcasters with exclusive streaming rights have seen their apps rise to the top of the downloads list in their respective countries. With the increased engagement on these apps tied to a live event, broadcasters will need to focus on keeping users engaged on their platform and building brand loyalty to retain users long after the closing ceremony.