The UK’s tech industry – the fastest growing sector in the UK – will maintain resilience despite the Covid-19 outbreak, according to new analysis from global recruiter Robert Walters.

In Q1 of this year, permanent job vacancies in the tech sector increased by +32.56%, and contract tech roles increased by +48.27% – when compared with the same period last year.

Ahsan Iqbal, Director of Technology at Robert Walters comments on the findings: “At the moment, the tech sector has experienced a spike in demand and so – unlike other industries such as aerospace – no immediate impact has been felt regarding hiring freezes.”

Following the government’s postponement to the new off-payroll rules (IR35), Robert Walters experienced a spike in interest from firms seeking contractors – in particular for business-focussed or critical roles within tech.

Ahsan adds: “As digital infrastructure becomes the focal point for many internal business discussions, we do not anticipate a cancellation or slowdown in tech projects. In fact, there will be a revised focus on firms’ digital offering, with particular attention on improving e-comms channels through better CRM systems, upgraded website capabilities, improved security and enhanced accessibility and use of data.”

Of the new tech-related contract roles created in the last four weeks in the UK, a fifth (18%) of these were for programmers, and 13% was for consultants & specialists, and support staff.

Ahsan comments: “As pressure mounts in the coming weeks and months on IT departments to help support remote working capabilities as well as business continuity plans, firms will look to strengthen their team with contract staff who have prior experience of in-house systems and a provide a strong sense of being able to ‘hit the ground running.”

According to the Robert Walters Contractor Pay Guide, competition will increase for traditional areas including developers, data, security and cloud professionals – pushing contract rates up as much as 25-30%. 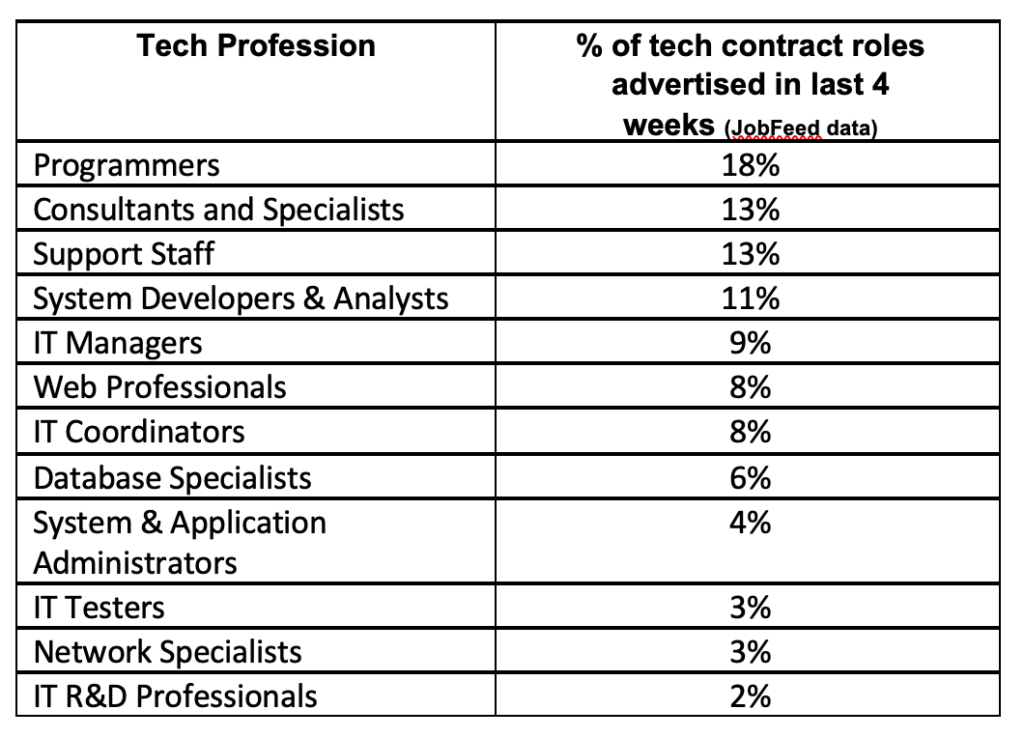 Whilst Robert Walters analysts state that it is too early to report on any impact to hiring and long-term recruitment impact, it has been able to highlight industries that are already leading the way in the tech-sphere.

Ahsan states: “The UK was already pioneering work within healthtech and edtech, and now more than ever this will be put to the test. In addition, technology that underpins remote working – such as cloud computing, business apps, mobile tools, unified communications, project management tools, and video conferencing – will be no doubt be rapidly hiring as demand for their tools increase.”

He continues: “Retailers who didn’t invest in e-commerce will be going through a difficult period right now, and will have to assess whether they have the resources to be able to enhance this for future, competitive purposes. Of the tech roles advertised in the last four weeks, 13% of these were in trade or retail.”

Ahsan adds: “Other areas of opportunity will be in insurtech, supply chain and agritech – as after health these are some of the industries experiencing the highest level of demand.” 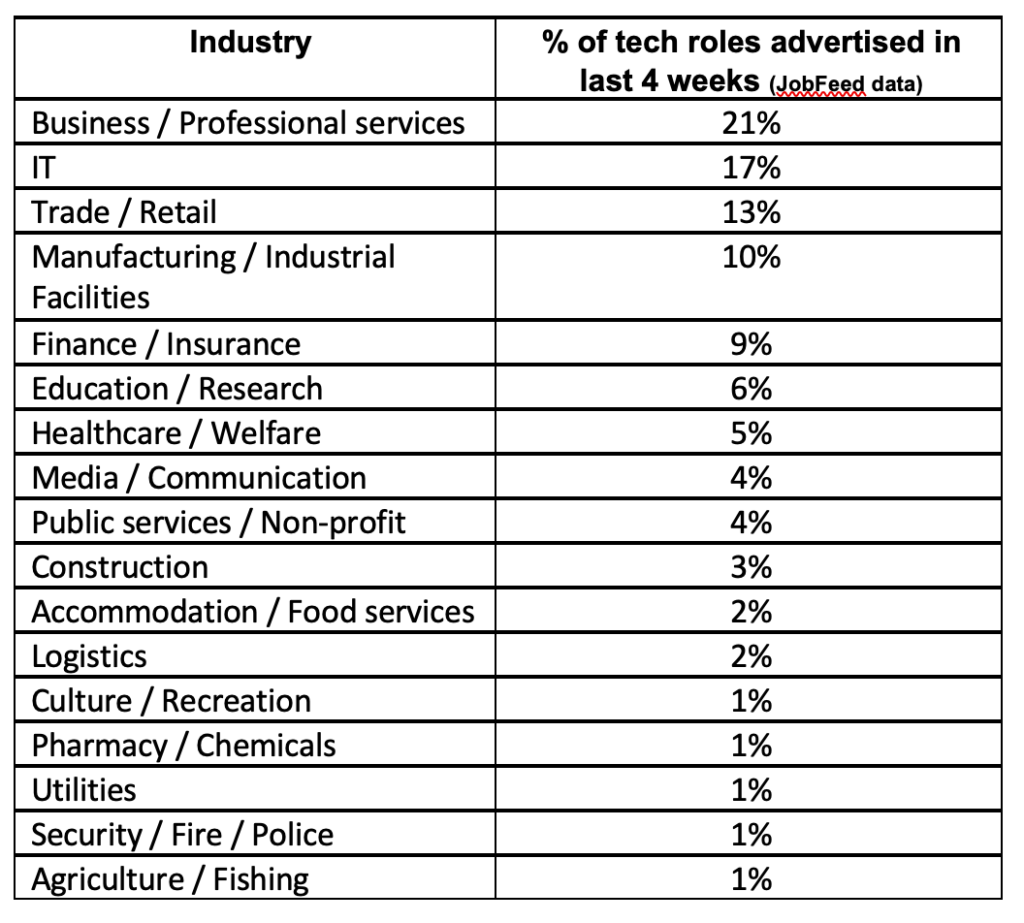 Ahsan Iqbal comments on how the tech sector is able to respond amid current upheaval: “The tech community is largely global – with different skillsets being used in different locations – and so professionals in the sector are quite used to using remote communication solutions in order to stay connected with their team or counterparts in other countries.”

He says: “Because of time differences, flexi-hours has always been a part of the IT culture and it is not unheard of to work 3 or 4 days a week if timings have been carefully considered to complete projects.”

Ahsan concludes: “In addition, video interviews and remote onboarding is not something that is new to tech professionals – especially contractors who often work away from the team – and so there will be little adjustment during this period.”