?>
You are at:Home»Media & Content»What next for the UK home entertainment market?
By Paul Skeldon on 15 July 2019 Media & Content, Billing & Payments, Platforms & Technology, Features 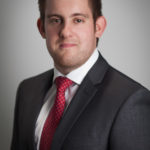 How people enjoy home entertainment is changing: TV viewing has shifted to VOD, Pay TV is in decline – so is streaming the only answer? Greg Harwood, a Senior Director with Simon-Kucher & Partners takes a look at what the near future might have in store

The UK home entertainment market is going through a period of unprecedented change. Broadcast TV viewing is in decline with the time spent watching through the television down 4.2% year-on-year.  Viewing amongst 16 to 34 years old is moving online and this represents a major shift in viewing habits and how people are consuming entertainment content.

Pay TV revenues are also in decline for the first time after a period of sustained growth.  The sizeable and regular price increases, the complex offer structures, the longer-term contracts that lock you in, and the lack of flexibility means that consumers are increasingly frustrated with the traditional Pay TV Services.  Even recent investments in curated and original content to try and stem the decline have not been enough to secure revenues.

Consumers are looking for alternatives and the demand for on-demand TV for home entertainment has never been higher.

Apple, Disney, YouTube and Facebook are just some of the players who have actively signalled their intent to enter the on-demand entertainment market and will soon find themselves fighting for dominance.  Even the BBC and ITV are set to get in on the action by setting up their own rival streaming service known as Brit Box.

But streaming services do not just start overnight.  They require a great deal of infrastructure investment into building an interface designed to help people choose which programs to watch; as well as investment into content that has broad consumer appeal.  For subscription business’ acquiring a customer is just the start; what is needed is continual investment into the product and user experience to build a long-term recurring relationship.  The good news is that these companies have very deep pockets.  But ultimately their success will live and die by their ability to generate subscription revenues.

Netflix has long been the poster child in the streaming space having successfully entrenched itself in the minds of millions of consumers as a must-have service.  The evolution from a traditional DVD business to the global streaming giant we are all familiar with makes quite the compelling story.  But with new players entering the market all the time, the risk is that the demand for entertainment will be splintered up across competing players.

So far Netflix has been clear on its strategy.  It has not been drawn into a price war in the fight for subscribers, even in the face of new low-cost competition.  In fact, Netflix has done quite the opposite by rolling out a price increase to drive improved profitability.

With new competition on the horizon, Netflix will continue to invest in content to strengthen the value proposition and maintain customer loyalty.  But this investment comes at a cost and as Netflix knows very well, a well-executed price increase is a powerful lever that can quickly generate incremental profit that can be used to finance new content.  This strategy will be tested as competition for viewers heats up.

Apple is set to become a major challenger to Netflix, retiring iTunes in favour of positioning itself as a full-service entertainment provider. It is well positioned for success.

Apple is a trusted brand and already, with an army of loyal customers. When it’s streaming service is live, it can instantly push their service to over a billion devices worldwide.  Apple will need just 10% of those devices to subscribe and it will equal Netflix in terms of scale.  If Apple bundles in the full experience including music, video and other services, this will give it an added advantage over rivals; and at a good price it could be tough for streaming services like Netflix to compete.

In the short term at least, there is plenty of growth to go around as consumers continue to abandon linear TV and transition to on-demand entertainment.  Each player will establish their own niche and continually evolve their content offering.  Consumers have already demonstrated that they are happy to have multiple subscriptions, so we are likely to see the emergence of multiple world class consumer brands who are excited to compete.

However, in the long term it seems inevitable that some will fall by the wayside as they struggle to generate subscription revenues.  People just don’t have the money to pay £10+ for several services, the bills would soon start building up.

Instead, there will be a point of inflexion where consumers feel aggrieved that they are forced to have multiple subscriptions.  Consolidation of this fragmented market is likely; with partnerships forged and the emergence of bundled offers or entertainment packages that provide a seamless consumer experience.  In other words, the future of UK home entertainment might end up looking not too dissimilar from what we get today through existing Pay TV services.

One thing we can be sure of is that as the competition amongst the on-demand entertainment players intensifies, this will lead to unparalleled levels of investment in both the user experience and content.  The real winner here is the consumer.